India's Shaw carried off injured during tour match in Sydney 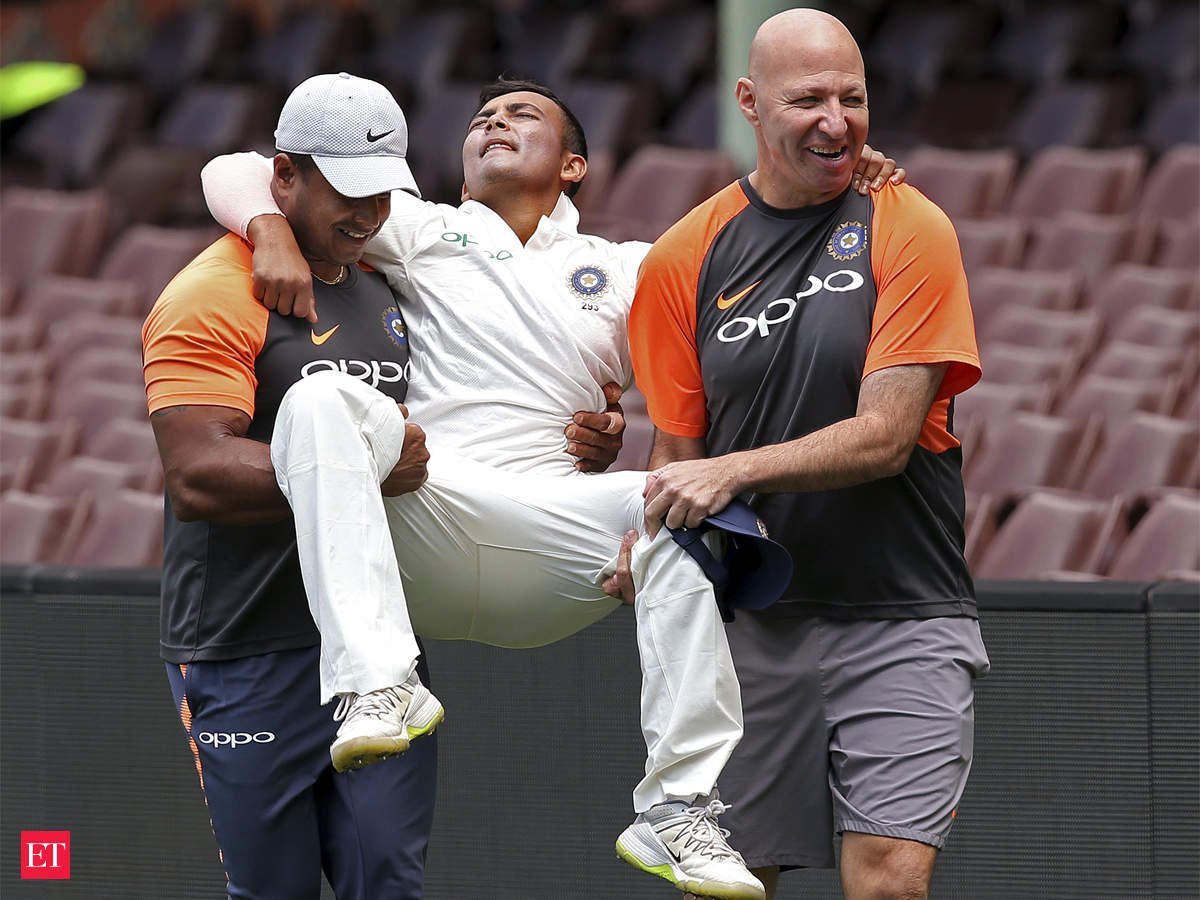 India's Shaw carried off injured during tour match in Sydney

SYDNEY (Reuters) - India’s young opener Prithvi Shaw has been taken to hospital for scans on an injured ankle after an awkward fall in the field during the third day of the tour match against Australia XI in Sydney on Friday. The 19-year-old rolled his left ankle when taking a catch on the deep mid-wicket boundary and tumbled over the rope. He was chaired off the field by India physiotherapist Patrick Farhart and a support staff member into the away team dressing room at the Sydney Cricket Ground (SCG). The Indian board said he had been taken to a local hospital for scans, six days before the opening test of the four-match series against Australia starts in Adelaide. Shaw had impressed on Thursday with a sparkling 66, hitting 11 boundaries in his 69-ball knock.