NEW DELHI (92 News) – Foreign Secretaries of India and Pakistan have on Tuesday (today) held bilateral talks focusing on a range of issues. Pakistan’s Foreign Secretary Aizaz Chaudhry and his Indian counterpart S Jaishankar have also deliberated on ways to take forward the Comprehensive Bilateral Dialogue (CBD) which has been stagnant. 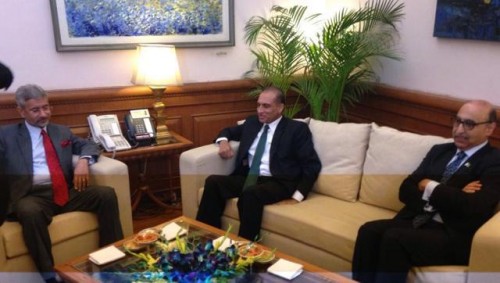 All outstanding issues, including the Indian-held Kashmir dispute, were discussed during the meeting. Aizaz Chaudhry said that Kashmir is the basic issue between the two countries. Today's meeting is the first senior-level conversation between the countries after January's deadly terror attack at the Pathankot air force base by a group of terrorists from across the border. 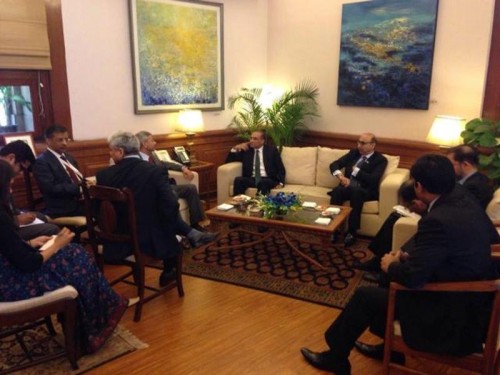