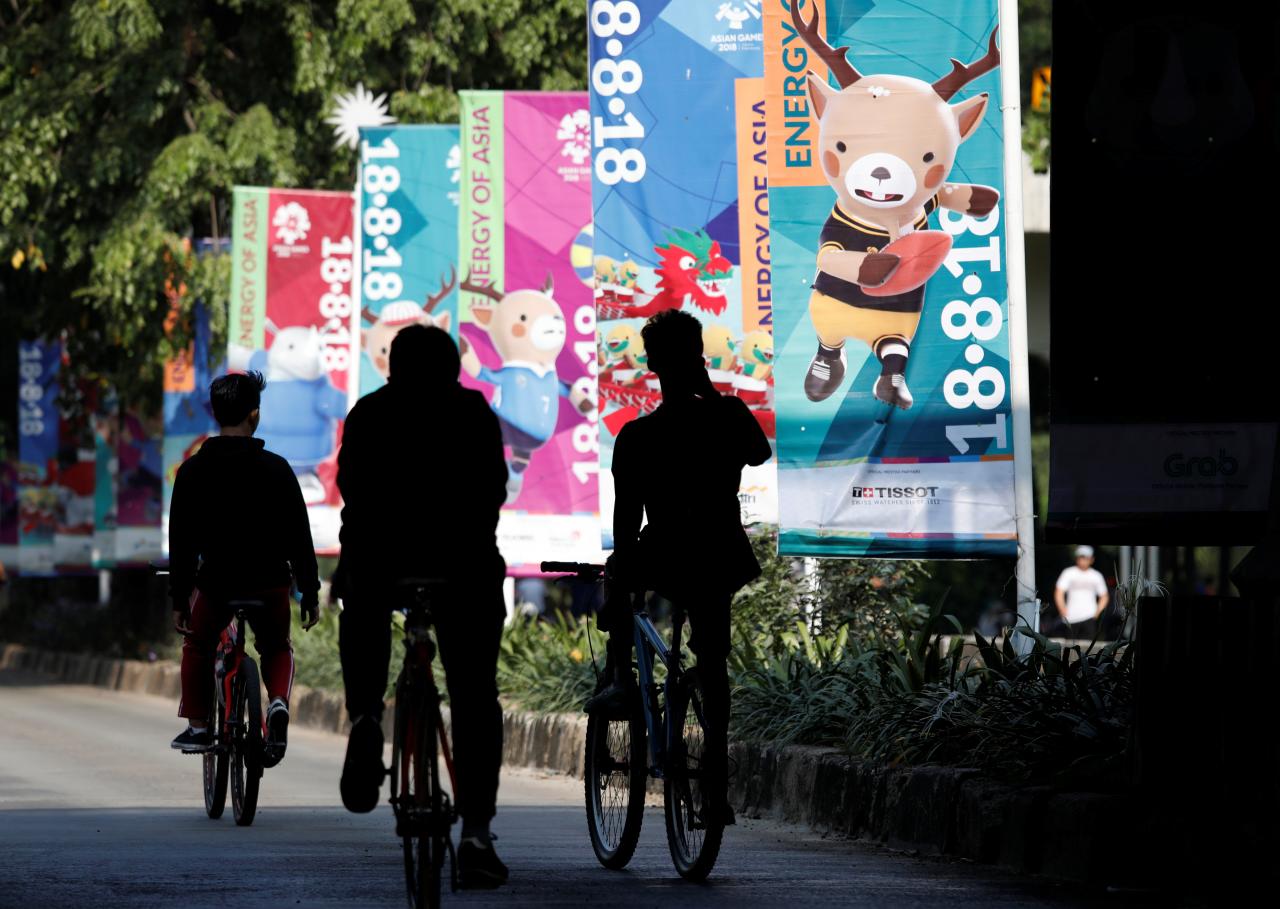 JAKARTA (Reuters) - A team of Indonesian officials visited North Korea this week to extend an invitation from President Joko Widodo to North Korean leader Kim Jong Un to attend the Asian Games opening ceremony in Jakarta in August, Indonesia’s National Police said. Coordinating Human Development and Cultural Affairs Minister Puan Maharani was accompanied by several other Indonesian government and police representatives on the visit to Pyongyang, according to a news release issued by the National Police. “The main reason for us coming (to Pyongyang) is to convey an official invitation to the President of North Korea to attend the Asian Games Opening Ceremony on August 18,” Maharani was quoted as saying in the release. Maharani and the Indonesian delegates met Kim Yong Nam, the nominal head of state and president of the Presidium of the Supreme People’s Assembly, it said. She also discussed North and South Korea relations during the visit, as well as regional issues and the performance of Indonesia’s police in countering militancy. North Korean Deputy Prime Minister Ri Ryong Nam, Deputy Foreign Minister Chie Hui Choi, Deputy Director General of Asia Department Park Hyun Chol and Asia Department chief Ri Ho Juun also attended the meeting, the release said. Ministers from the two Koreas agreed in April to push for a unified delegation from both countries to parade together in the opening ceremony at the Asian Games, to be staged in August and September, amid signs of easing tensions over Pyongyang’s nuclear ambitions. North and South Korea marched under a unified flag at the opening and closing ceremonies of February’s Winter Olympics in Pyeongchang. The Asian Games, co-hosted by the cities of Jakarta and Palembang, are expected to see a further cementing of that partnership. North Korea is likely to be a focal point during the Games as doubts emerge over Kim Jong Un’s promise to work towards denuclearisation made during a summit with US President Donald Trump in Singapore in June. Another Indonesian delegate, Deputy National Police chief Syafruddin, said Indonesia guaranteed security to all countries and contingents present at the Asian Games, including the government of North Korea. “Indonesia’s security is very stable. Don’t worry or hesitate,” said Syafruddin, who like many Indonesians goes by only one name.