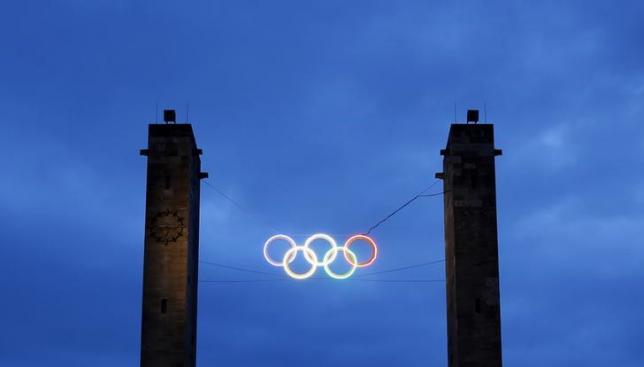 JAKARTA – Indonesia is set to retain the hosting rights of the 2018 Asian Games and avoid an International Olympic Committee (IOC) ban after resolving a row over the use of the Olympic rings logo. The IOC had allowed only the Indonesian Olympic Committee (KOI) to use the iconic logo featuring five different colored interlaced rings after the Indonesian National Sports Committee (KONI) also adopted it without permission. KONI, which heads the sporting associations in Indonesia, initially refused to back down after the IOC warned the Indonesian government of heavy penalties if the row was not resolved. Meetings between KONI and KOI, which was once part of KONI but separated to oversee Indonesia's participation at major sporting events like the Olympics, failed to resolve the issue but KONI said their members had opted to relent this week. "Our members have recommended (dropping the rings) and we've picked a few candidates to help design the new logo," KONI chairman Tono Suratman was quoted as saying in Saturday's Jakarta Globe.   "It could be three rings or six rings, as long as it's not the IOC logo. The colors can be different but the shape stays the same, or the other way around. "The most important thing is we're still committed helping boost the country's sports development." The paper said the government had threatened to withdraw funding for KONI if it did not drop the logo. A spokesman for the government said IOC President Thomas Bach would be informed of the decision and it hoped Indonesia would escape sanction. "We appreciate and thank the KONI for finally deciding to change its logo after this long debate," the spokesman told the paper. Jakarta was only named hosts of the Asian Games last year after Vietnam pulled out of staging the multi-sport event in Hanoi citing the financial burden. –Reuters