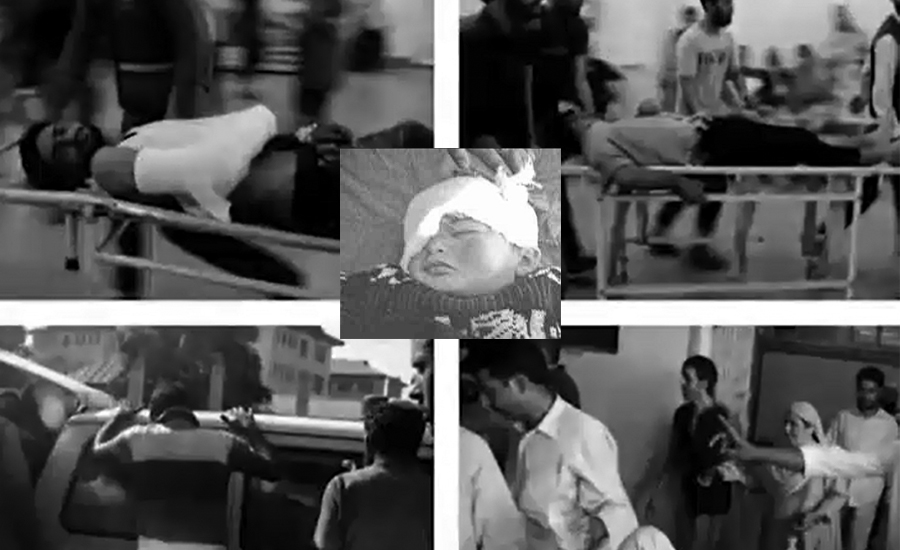 SRINAGAR (KMS) – In Occupied Kashmir, over 50 people, including an infant, was injured in firing of bullets and pellets by Indian troops on civilians in Shopian and Kulgam districts. Health officials of Shopian and Kulgam said that they received 51 people injured by pellets and bullets in the two districts. Medical superintendent of Kulgam District Hospital, Ghulam Muhammad Butt said that they received 15 injured, six with bullet and nine with pellet wounds. One teenager Nouman Ashraf Butt was brought dead to the hospital. “Of the nine injured by pellets, one was a girl of age 2 years. Another baby girl Hiba Nisar had a pellet injury in one eye,” he said. Shopian District Hospital Medical superintendent Zahoor Ahmad said that 36 people came to the hospital with bullet and pellet injuries. On the other hand, Indian police arrested at least 30 youths, including Nawaz Ahanger, Amir Sofi, Akash Wani, Umar Nisar, Owais Sofi during raids in Achabal, Hardpora, Breenti, Badoora and Trahpu areas of Islamabad district. Meanwhile, Indian police arrested six Kashmiri students from a train in Pathankot in Punjab, India on Sunday night. All were detained from a Pooja Express train after police search. “The train was Delhi bound from Jammu and was stopped by the Indian police,” media reports said.