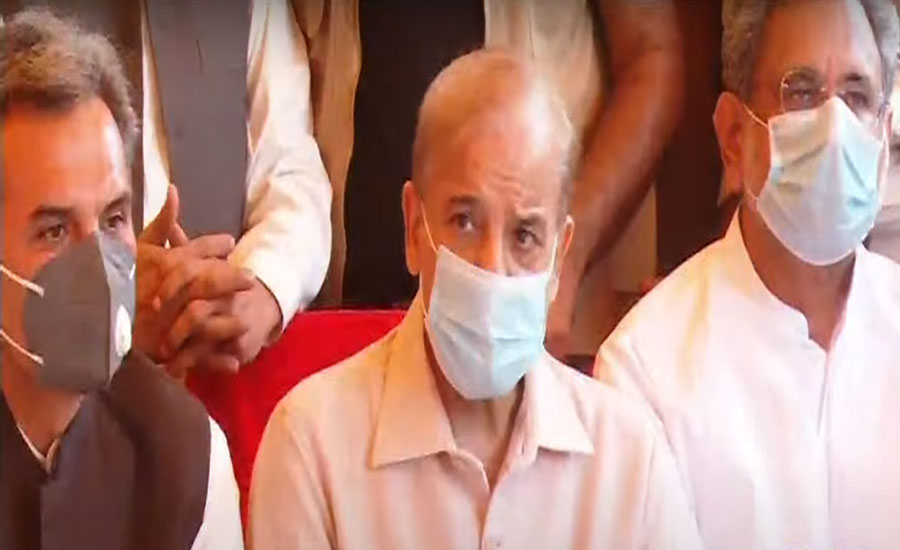 CHARSADDA (92 News) – PML-N President Shehbaz Sharif on Thursday has blamed that inflation is skyrocketing and the country's economy is destroying due to the Pakistan Tehreek-e-Insaf (PTI) government in the country.

Addressing a press conference in Charsadda, Shehbaz Sharif also mentioned that increasing inflation and unemployment are causing problems for the poverty-stricken people. "Whenever we try to raise voice in support of the public, the government labels us as looters and thieves," he added.

He claimed that there has never been a worse government in the history of the country. He further said that it is Imran Khan's habit to take 'U turn' on every decision. "We are facing jails, Is this a deal, tell me who is asking for NRO," he questioned.

Referring about the suffering of the Palestinians, the opposition leader in National Assembly said that innocent children and women are being martyred by the Israeli forces. He urged the international community to resolve such kind of issues.

Shahbaz Sharif also visited to Wali Bagh and offered Fateha on the death of ex-Awami National Party’s (ANP) provincial president Begum Naseem Wali, who had passed away on May 16. He recalled the sacrifices of Begum Naseem Wali and called her as a brave woman.