Inflation witnesses decline by 1.04%, across Pakistan during Feb: PBS 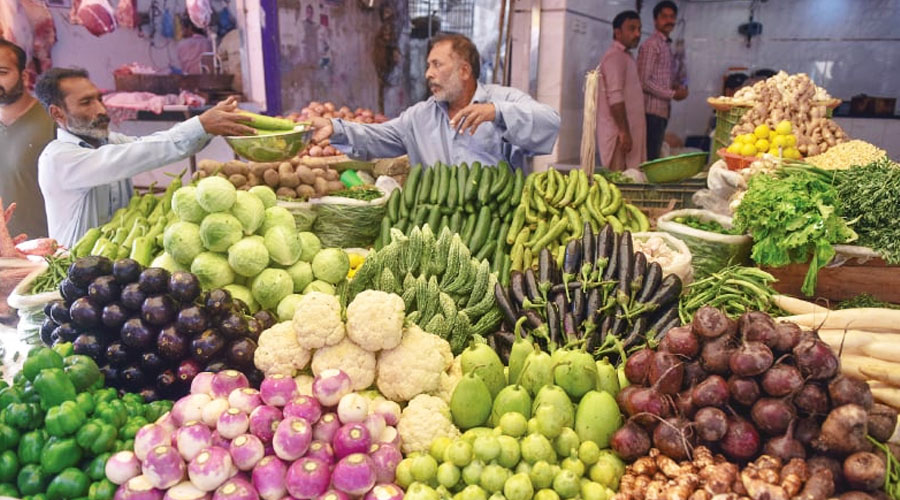 Inflation witnesses decline by 1.04%, across Pakistan during Feb: PBS

ISLAMABAD (REUTERS) – Pakistan Bureau of Statistics (PBS) on Monday released data of the sensitive price index showing a decline of by 1.04 per cent in inflation across Pakistan during the last week of February 2020 with 11 household items witnessing lowering of prices. According to the PBS, Pakistan's consumer price inflation slowed to 12.40 per cent in February from the same month a year earlier. The bureau had recorded the CPI inflation at 14.56 per cent in January, the highest in a decade. Prices of food items such as pulses, fresh vegetables and wheat, which have been the main top drivers of inflation, saw a downward trend, the bureau said. Pakistanis have lately been under a tough squeeze on their household budgets. Pakistan’s central bank in late January kept rates unchanged at 13.25 per cent, citing strong inflationary pressures. The State Bank of Pakistan had last month declared that a spike in inflationary pressure as a ‘transitory’ phenomena, saying that the headline inflation of 14.6 per cent was broadly in line with projection of the central bank. The state bank had taken the position that they were expecting this kind of spike, cautioning that it was transitory phenomena and there was no need to change in the earlier projections. Basic food items that witnessed a decline in prices The basic food items that witnessed a decline in prices included potatoes showing 83 per cent decrease in prices, tomatoes 60 per cent, eggs 26 per cent, vegetables 11 per cent and flour five per cent. “The liquefied petroleum gas (LPG) and electricity prices showed a 13 per cent decline in last week mainly owing to prime minister’s decision to pass on the benefit of low fuel prices in the international market to masses,” it said as gas charges witnessed a surge of upto 55 percent. Onion witnessed the most surge in prices with 145 per cent rise followed by pulse Moong with 89 per cent, vegetable ghee 33 per cent, bananas 30 per cent, beef and milk upto nine per cent. “The fruits and pulses also witnessed an increase in four and two percent respectively,” the report said.