Info blackout in Occupied Kashmir after killing of Hurriyat commander 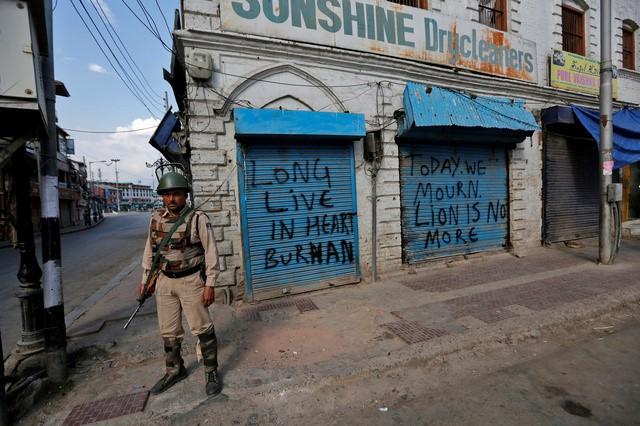 Info blackout in Occupied Kashmir after killing of Hurriyat commander

SRINAGAR – Indian authorities in Occupied Kashmir seized newspapers and shut down cable television on Saturday to quell protests over the killing of a Hurriyat commander by security forces. Around 36 people have been killed and 3,100 wounded, most of them by police fire, in the uprising in six years in the Occupied Kashmir. The Indian government has already imposed a curfew and blocked mobile phone services to stop people from gathering in the streets and stage more protests over last week's killing of 22-year old Hurriyat leader Burhan Wani. Abdul Rashid Mukhdoomi, printer and publisher of Occupied Kashmir’s largest circulated daily, Greater Kashmir, said police raided his printing press at 2am. and "took away all the newspapers that were printed and the printing was also stopped". "We were not handed over any order under which the printing and circulation of our newspapers were stopped," Mukhdoomi said. Cable TV networks across Kashmir remain shut. Amjad Noor, owner of Site Entertainment Network which runs a cable network in Srinagar, told Reuters police told his organization to shut down operations last night. Hurriyat leaders on Friday evening called for a 72 hour strike and protests against the killings of civilians. They said in a statement they also supported Pakistan's call to observe a "black day" on July 19 against the killings. Prime Minister Nawaz Sharif has said he was shocked by the killing of Wani and the civilians. –Reuters