SARGODHA (92 News) – Following the scuffle between senior and Young Doctors Association’s (YDA) doctor, the wards in Punjab’s hospitals emergency and outpatient department (OPD) have been closed. The Young Doctors Association’s (YDA) have closed the OPDs of all the hospitals but the inhumanity of medics has claimed the lives of several people. The young doctors protested against their colleague’s dismissal and attempted to shut the services at the hospital, but, the Pakistan Medical Association and the medics on duty resisted against the association’s rowdy behavior after which the clash intensified when protesters manhandled the senior doctors. 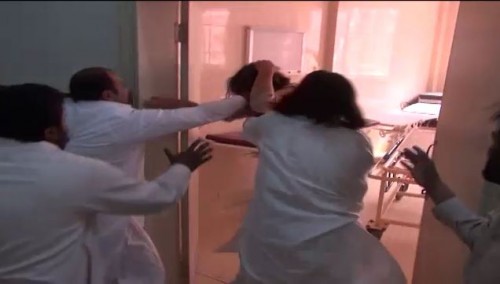 Stampede and fracas landed the medics out of the hospital leaving patients unattended.