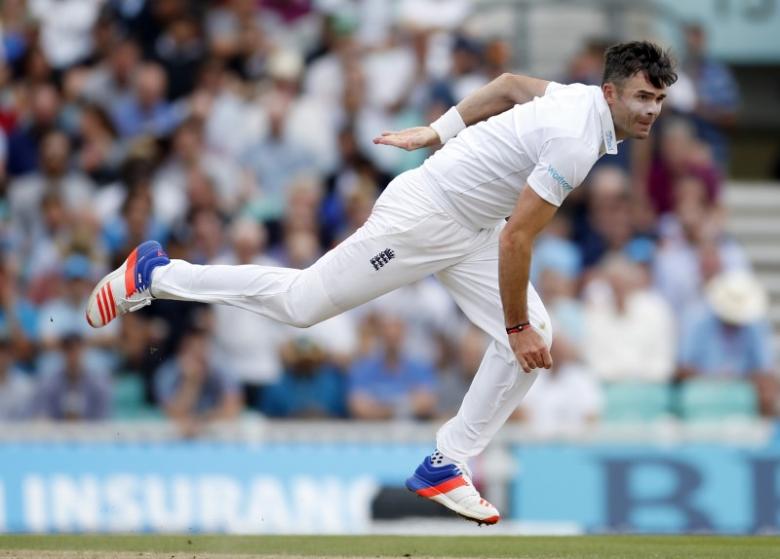 LONDON - England pace duo James Anderson and Mark Wood have been ruled out of the team's tour of Bangladesh following recurrence of their recent injuries, the England and Wales Cricket Board (ECB) said on Thursday. Anderson, who is England's all-time leading test wicket-taker, sustained a stress fracture during the home series against Sri Lanka in June, though he did play three tests against Pakistan in July and August. "He requires more time to ensure optimal healing of a stress fracture he sustained during the summer," the ECB said of the 34-year-old in a statement. Nottinghamshire's Jake Ball was added to the test squad but the selectors would consider a further replacement at a later date, the board said. Durham seamer Wood has had a recurrence of left ankle symptoms and was replaced by Middlesex's Steven Finn in the one-day squad. England play three one-day internationals beginning on Oct. 7 followed by tests in Chittagong from Oct. 20 and Dhaka from Oct. 28 before they begin a tour of India, which includes five tests with the first starting on Nov. 9. -Reuters