Injured Robben out for six weeks 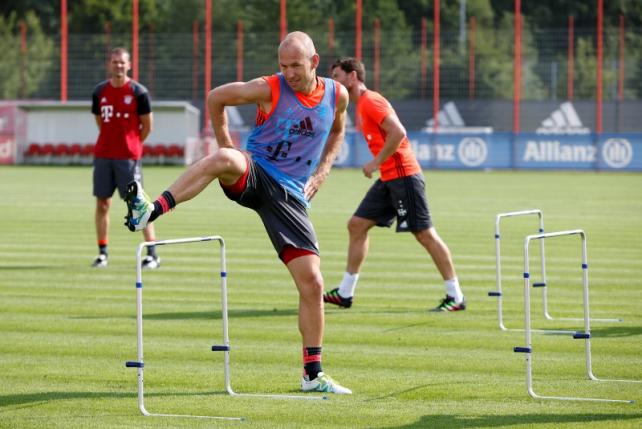 Injured Robben out for six weeks

LONDON - Bayern Munich winger Arjen Robben has been ruled out for around six weeks after sustaining a groin muscle injury in Saturday's friendly against lower division side Lippstadt, the Bundesliga champions said. The 32-year-old, who made only 15 league appearances in an injury-hit 2015-16 season, scored once in Bayern's 4-3 win in manager Carlo Ancelotti's first game in charge, but was forced off after 35 minutes. "FC Bayern will be without Arjen Robben for the next month and a half after the Dutch winger sustained a groin muscle injury in Saturday's friendly away to Lippstadt," the club said in a statement on its website (www.fcbayern.de). "The injury to the player's right leg was diagnosed after an examination conducted by the club's medical unit in Munich on Sunday. Robben will be sidelined for approximately six weeks." Bayern, who won the domestic double last season by winning the Bundesliga for a record fourth straight time and the German Cup in May, kick off their title defence against Werder Bremen on Aug. 26. -Reuters