Injury woes for Australia ahead of semi-final duel against England 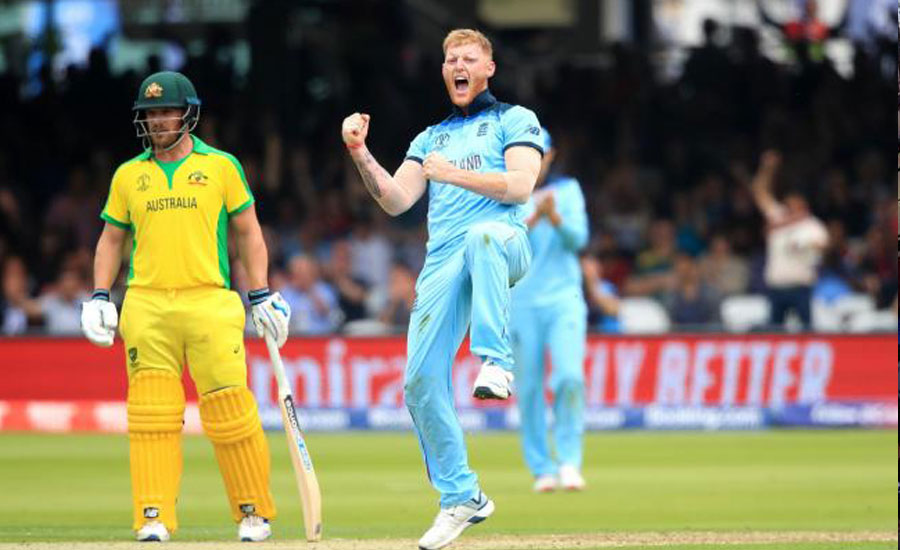 Injury woes for Australia ahead of semi-final duel against England

LONDON - Ahead of their ICC Men's Cricket World Cup 2019 semi-final fixture against England, Australia’s Usman Khawaja and Marcus Stoinis are facing fitness doubts.
Top-order batsman Khawaja, and all-rounder Stoinis, suffered injuries in Australia’s 10-run loss to South Africa, their final league game, in Manchester. The injury concerns come less than a week before the Aaron Finch-led side takes on England, in their semi-final fixture on 11 July. Wicket-keeper batsman Matthew Wade and all-rounder Mitchell Marsh have been called up as cover for the two injured players. Khawaja’s services at No 3 were required as early as the third over in Australia’s chase of 326. However, five balls into his innings, a troublesome hamstring issue forced Khawaja to leave the field retired hurt, with the score reading 20-1. “Usman's not looking great, in all honesty,” Australia captain Aaron Finch later told reporters. “He's done a couple of hammies before and he said it feels similar to that. So, in terms of replacements, we haven't had time to sit down and talk about that yet.”
With 51 needed in less than five overs, and with seven wickets down, a hobbling Khawaja braved the injury to re-enter the field, and continue his innings. He added 12 more runs to his initial score of six, before directing an intended ramp stroke onto his own stumps. “He did not aggravate it anymore when he got back out there,” Finch continued. “He wanted to go out. Once we got as close as we did, having a batter was crucial. It did not work, but he has put the team first, which is a brilliant quality to have.” Earlier, Marcus Stoinis appeared in discomfort while fielding, as well as batting, requiring treatment during his 34-ball 22. “Marcus is a bit sore in his side. We'll have to wait for scans tomorrow to know the finer details of it. Obviously, it is tough to talk about replacements when you haven't got the full story and the full scan, so we'll get that tomorrow,” Finch added. Stoinis had earlier sustained a side strain during their clash against India, on 9 June, and subsequently missed two of Australia's league games. Mitchell Marsh was flown in as cover, before Stoinis recovered to rejoin Australia’s XI. Incidentally, Peter Handscomb was recently added to the squad, as a replacement for Shaun Marsh, who was ruled out of the World Cup with a fractured arm.