ISLAMABAD (92 News) – An inspiring change of guard ceremony was held at mausoleum of Quaid-e-Azam Muhammad Ali Jinnah to celebrate the 75th Independence Day of Pakistan.

The ceremonial Guard mounting was followed by laying of floral wreath at the Mazar-e-Quaid by the chief guest on behalf of Chief of the Naval Staff, officers and men of Pakistan Navy. Later, the Chief Guest offered Fateha and recorded his remarks in the visitor book paying rich tribute to our beloved Quaid.

Earlier, the day dawned with Gun Salutes and special prayers were offered in all mosques in naval areas for solidarity and progress of the country. Pakistan Navy Ships and Establishments were illuminated in Navy's traditional manner. Flag hoisting ceremonies were held at Units of Pakistan Navy at Islamabad, Lahore, Karachi, Gwadar and Ormara. 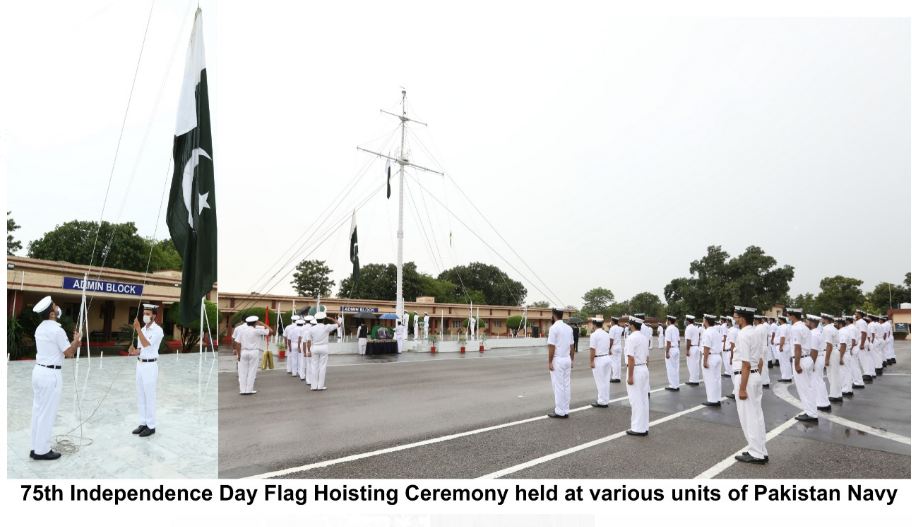 Numerous Independence Day events were held at Pakistan Navy units/ establishments including singing of national anthem at daybreak and graceful display of Pakistan Navy Band. Boat rallies at Gwadar and Ormara as well as various sports events and Independence Day shows and rallies by school children were also part of day long celebrations. Besides, Pakistan Navy organized mangroves plantation as part of ‘Own a Tree” campaign in collaboration with Sindh Forest Department at Satawa Creeks, Shah Bandar. The mangroves plantation campaign will continue from 14-20 August 2021 and approximately 100,000 mangroves/ saplings will be planted at Shah Bandar to provide safe and healthy environment for the future generations. 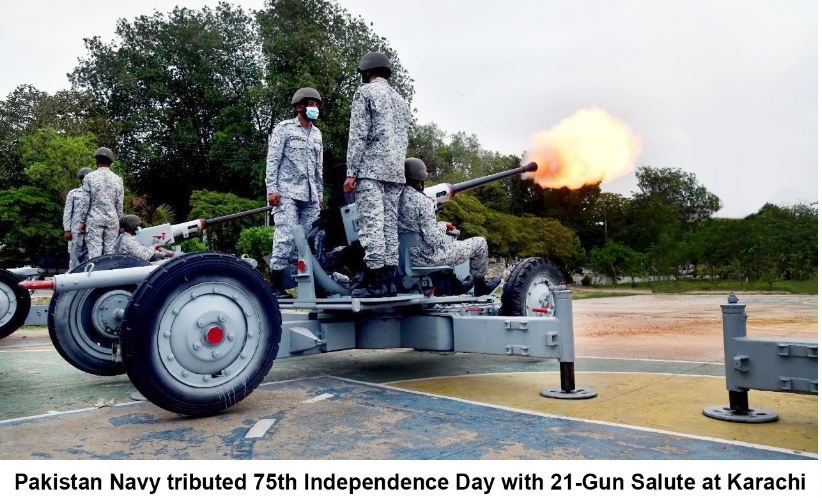