ISLAMABAD (92 News) - Pakistan Tehreek-e-Insaf (PTI) chairman Imran Khan has said that the imported government is putting an unbearable burden on the people instead of buying cheap oil from Russia. 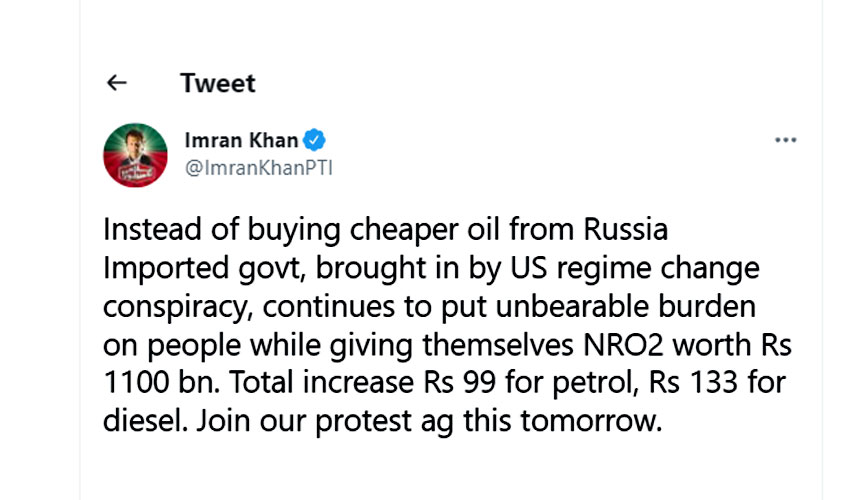 On Friday, Imran Khan said in a Twitter message that the price of petrol has been increased by Rs 99, diesel by Rs 133. The government brought under conspiracy is giving itself NRO of Rs 1100 billion.Let the people join our protest tomorrow.