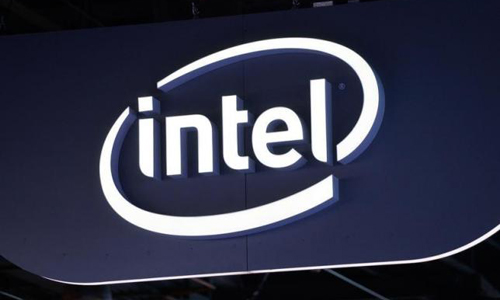 CALIFORNIA - Intel Corp (INTC.O) is in talks to buy fellow chipmaker Altera Corp (ALTR.O) in a deal likely to top $10 billion (6.7 billion pounds), according to a source familiar with the matter, making it Intel's biggest purchase ever and the latest merger in the quickly consolidating semiconductor sector. The acquisition of Altera, which makes programmable chips widely used in cellphone towers, the military and other industrial applications, would underscore Intel Chief Executive Officer Brian Krzanich's determination to expand into new markets as the personal computer industry loses steam. Though dominant in the market for chips used in PCs, the world's biggest chipmaker has been slower than its rivals to adjust in recent years to the growing popularity of smartphones. Earlier this month, Intel slashed nearly $1 billion from its first-quarter revenue forecast to $12.8 billion, plus or minus $300 million, as small businesses put off upgrading their personal computers. Shares of Altera shot up about 28 percent after the talks were first reported by the Wall Street Journal, closing at $44.39 per share on the Nasdaq. Intel shares also gained on the news, rising 6.4 percent to $32. Shares of Xilinx, Altera's main rival, closed up 6 percent. "On the surface, Altera is one of the only semiconductor companies with better gross margins than Intel, and with about two-thirds of its revenue from telecom, wireless, military/aerospace, it definitely fits the bill of diversifying revenue beyond Intel's legacy computer markets," said Cowen & Co analyst Timothy Arcuri, in a note to clients. Intel declined to comment on the report. An Altera spokesman also declined to comment. Any deal for Altera, valued at $10.4 billion at Thursday's close and more than $13 billion after trading ended on Friday, would easily surpass Intel's previous biggest deal, its $7.7 billion purchase of security software maker McAfee in 2011. Altera's value to Intel is its programmable chips, which are increasingly being used in data centres, where they are customised for specialized functions such as providing web-search results or updating social networks. Intel, based in Santa Clara, California, has already been manufacturing chips on behalf of the smaller company since 2013, a major change for Intel, which traditionally has been unwilling to share its cutting-edge technology. Demand for cheaper chips and new products to power Internet-connected gadgets is driving consolidation in the industry. Features such as WiFi or Bluetooth that once required chips sold by separate companies can now be squeezed onto single pieces of silicon. Deals in the chip sector have been expected after NXP Semiconductors' (NXPI.O) $12 billion purchase of Freescale Semiconductor (FSL.N) was announced earlier this month. Worldwide semiconductor M&A reached $31 billion last year, the most since 2011, Thomson Reuters data show. In the 12 months through March 2, 472 chip M&A deals were made worldwide, up from 383 in the previous year. Unlike typical semiconductors, programmable chips made by Altera can be customised after they are manufactured to suit different purposes. - REUTERS