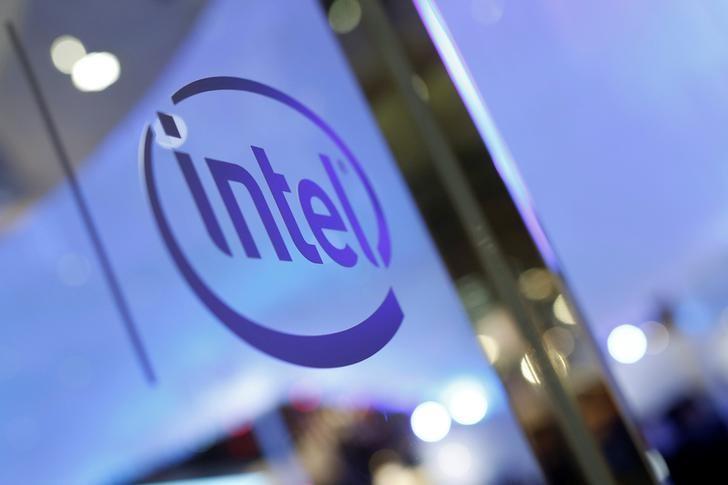 WASHINGTON – Intel Corp (INTC.O) raised its quarterly revenue forecast for the first time in more than two years, citing improving demand for personal computers. The company's shares rose as much as 4.1 percent to a more than 15-year high of $38.05 in early trading on Friday. Shares of rivals Advanced Micro Devices Inc (AMD.O) and Micron Technology Inc (MU.O) were up about 2 percent. Intel, the world's largest chipmaker, has been struggling as tech users shift away from PCs to mobile phones for their computing needs. Sales in the company's PC business, which also includes chips for mobile phones and tablets, declined 3 percent to $7.3 billion in the latest quarter. However, global PC shipments fell less than expected in the second quarter, helped by strength in the United States, according to research firm IDC. Intel said on Friday it expected third-quarter revenue to be $15.6 billion, plus or minus $300 million, compared with its prior forecast of $14.9 billion, plus or minus $500 million. Analysts on average were expecting $14.90 billion, according to Thomson Reuters I/B/E/S. The company also raised the mid-point of its gross margin forecast for the current quarter to 62 percent, plus or minus a couple of points, up 2 points from its prior forecast. Intel last increased its quarterly forecast for the second quarter of 2014. The company is scheduled to report third-quarter results on Oct. 18. –Reuters