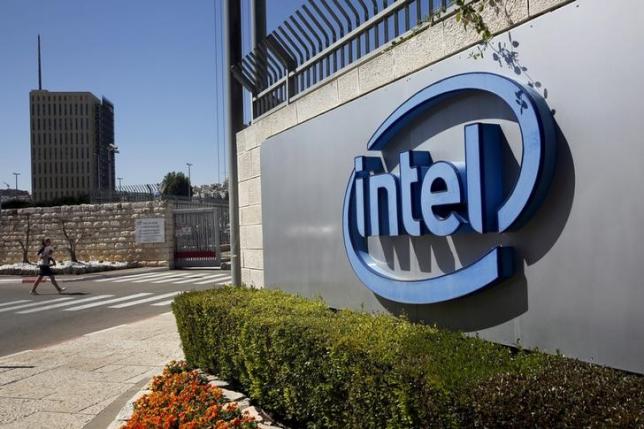 CALIFORNIA - Intel Corp reported slower revenue growth at its data center business, which makes semiconductors used in high-end servers, overshadowing a better-than-expected quarterly profit. Shares of the world's largest chipmaker fell 3 percent in after-hours trading. Hurt by weak demand from enterprises, revenue at the highly-profitable unit rose 5 percent to $4 billion, but lagged the previous quarter's 9 percent increase and remained below Intel's annual target of low double-digit growth. "As we enter the second half, we expect the enterprise segment of the business to stabilize and the cloud segment growth rate to accelerate," Intel's finance chief Stacy Smith said on a call with analysts. Intel has been focusing on the unit and its operation that makes chips for Internet-connected devices, as it seeks to lower dependence on the slowing PC market that it once helped create. Sales from the Santa Clara, California-based chipmaker's traditional PC business, which also includes chips for mobile phones and tablets, declined 3 percent to $7.3 billion in the second quarter ended July 2. In contrast, global PC shipments fell less than expected in the quarter, helped by strength in the United States, according to research firm IDC. Intel reported a better-than-expected profit as its cost-cutting begin to pay off. In April it announced plans to slash 12,000 jobs, or 11 percent of its global workforce, of which it said about half was already complete. Intel's forecast for $14.9 billion in current-quarter revenue topped the average analyst expectation of $14.63 billion, according to Reuters. Net income fell to $1.33 billion, or 27 cents per share, in the second quarter, from $2.71 billion, or 55 cents per share, a year earlier. Profit for the quarter was hit by a one-time charge of $1.41 billion related to its cost-cutting drive. Excluding one-time items, Intel's profit was 59 cents per share, beating market expectations for a profit of 53 cents. Net revenue rose 2.6 percent to $13.53 billion, narrowly missing the average analyst estimate of $13.54 billion. -Reuters