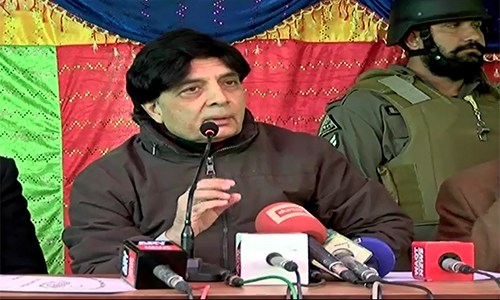 ISLAMABAD (92 News) – Interior Minister Ch Nisar has asked his ministers not to waste the successes achieved so far for politics.

Talking to the media on Saturday, he said that the people who did not awake during their five-year tenure should not criticize the government.

Ch Nisar categorically said that there was no Daesh in the country.

He was also briefed about the firing incident.

He expressed his concern over the escape of the accused.