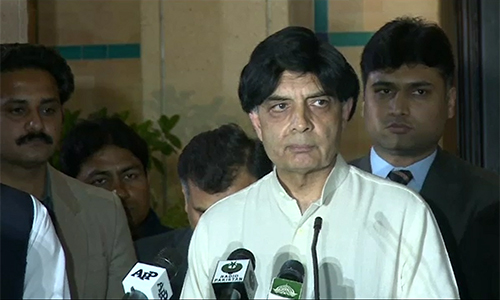 ISLAMABAD (92 News) – Interior Minister Ch Nisar has banned the use of D Chowk for political purposes. Addressing a press conference after successful talks with the protesters on Wednesday, he said that it was time to stop people grabbing the government by the collar. He disclosed that the decision had been made to launch an operation against the participants of the sit-in, but the issue was resolved after the interference of respected Ulema.