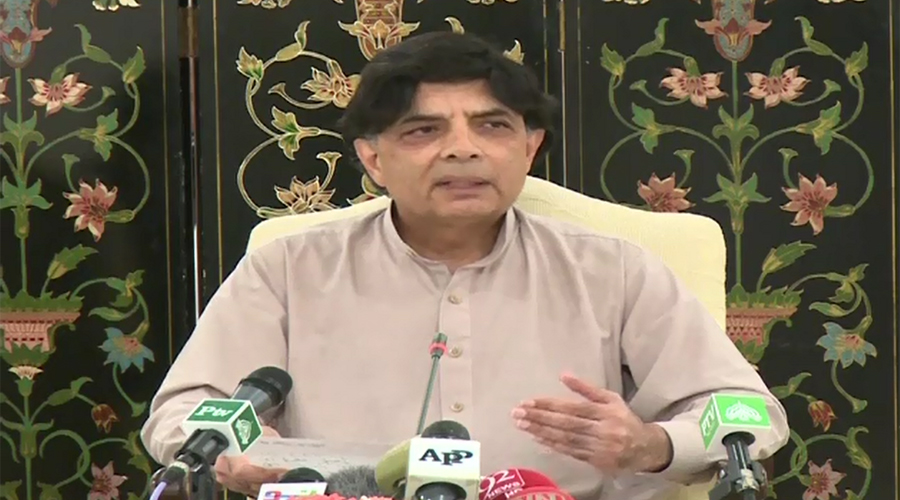 ISLAMABAD (92 News) – Interior Minister Ch Nisar has ordered foolproof security for the judges of the Supreme Court and High Courts. After a NADRA briefing on Tuesday, he asked the NACTA to prepare a framework for security of judges. He also ordered the NACTA to make special arrangements to stop money laundering. “The purpose of the new policy is to stop the financial assistance of terrorist and money laundering.” The NADRA officials briefed the minister about the re-verification of the CNICs. They said that re-verification of 1.9 million families had been completed during the first 20 days and 7.7 million CNICs were found correct. They said that 1.3 million people checked the particulars of their families through the SMS Service. “The NADRA received 36,000 objections,” they added. They said that 13,000 foreigners were also identified during the re-verification process.