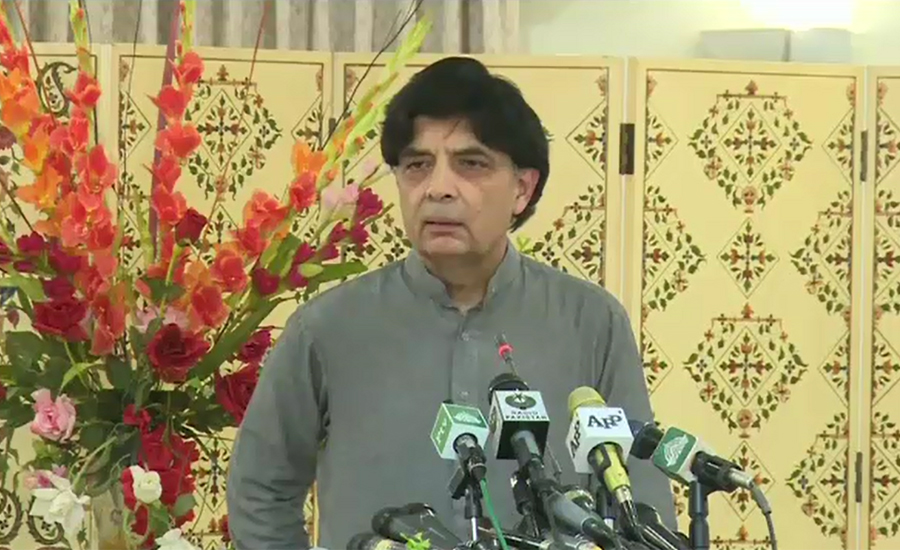 ISLAMABAD (92 News) – Interior Minister Ch Nisar on Monday postponed the much-awaited press conference due to his bad health and Lahore blast. Talking to the media, he said that rumors about what he wants to say should not be spread. “It is not appropriate to talk about politics due to the Lahore blast. Politics matters can be discussed tomorrow or day after tomorrow,” he added. He said that he had spent a few days in pain and he thought to steer the media and himself out of the pain.