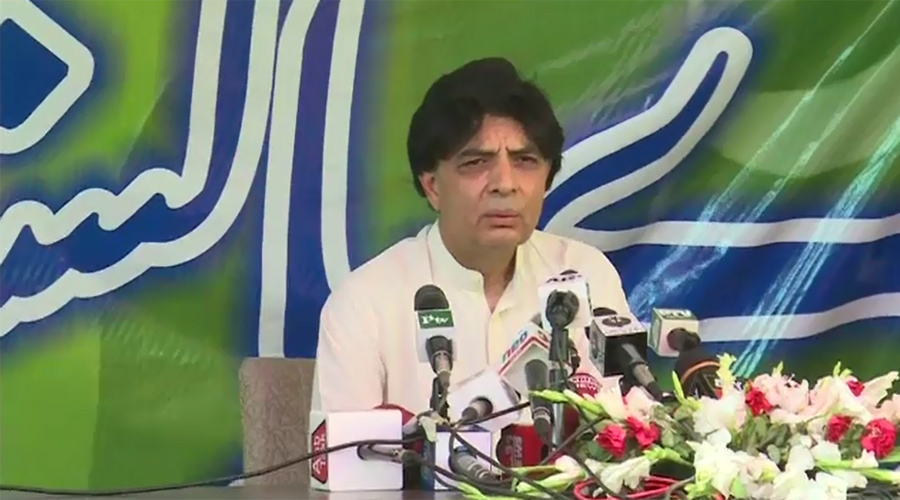 ISLAMABAD (92 News) – Interior Minister Ch Nisar has written a letter to Sindh Chief Minister Syed Qaim Ali Shah for extension in the powers of the Rangers. In the letter, the minister asked the chief minister to use his powers in this regard. He said that the repeated delay in extension of Rangers’ powers would affect the Karachi operation. In a statement, the Interior Ministry said that the matter of Rangers’ powers was started with the mutual consultation of the provincial government, which should continue. Meanwhile, DG Rangers Maj-Gen Bilal Akbar contacted Ch Nisar to discuss the delay in the extension of Rangers’ powers. The minister said that they would not let Rangers’ efforts for peace go waste. He said that the federal government would continue to play its constitutional and legal role in the powers’ extension issue. The DG Rangers also apprised the minister about the Rangers’ activities carried out so far.