Intermittent monsoon rain continues in Lahore, other parts of country 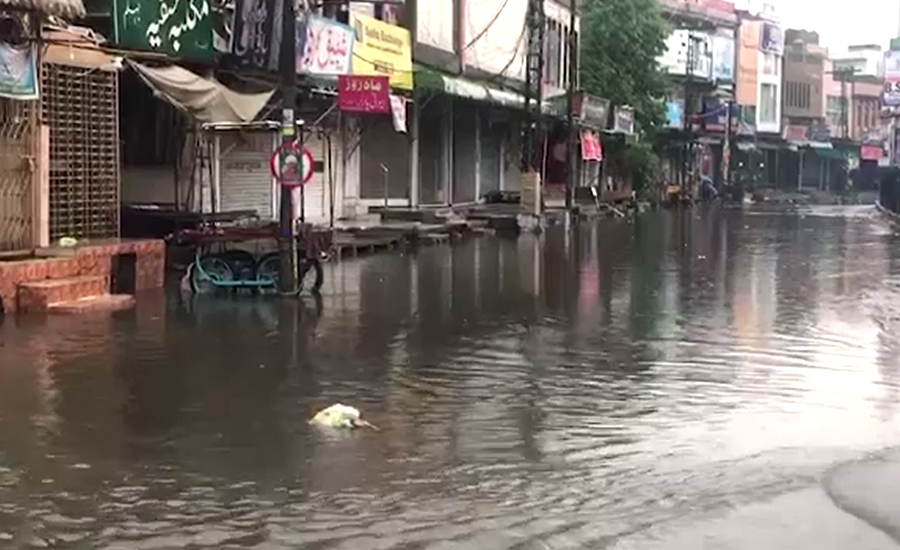 Intermittent monsoon rain continues in Lahore, other parts of country

LAHORE (92 News) – Lahore including Punjab and other parts of country are being received intermittent monsoon rain on Tuesday. Heavy rain lashed Lahore and its adjoining areas in the wee hours of Tuesday. The torrential rain has flooded roads and streets in many parts of the city. Rainwater entered houses in several low-lying areas of Lahore while parts of the city witnessed power outage as more that 150 Lesco feeders tripped soon after the rain started. The pleasant weather was marred by the water that collected on the city’s streets. But that was not unique to Lahore. It rained across Punjab this weekend and many streets have been flooded with rainwater. In Lahore, Gujranwala, Mianwali, Pattoki, Phul Nagar and Chiniot rain caused temperatures to drop but it came with flooded streets and suspended power supply. The Pakistan Meteorological Department has forecasted that rain-thundershower associated with gusty winds is expected at scattered places in Kashmir, Islamabad, Hazara, Rawalpindi, Gujranwala, Sargodha, Faisalabad, Lahore divisions, while at isolated places in Malakand, Peshawar, Kohat, Mardan, Bannu, Zhob, D.G.Khan and Sahiwal divisions during next 24 hours.

According to the State Disaster Management Authority (NHMA) AJK, gushing water in the channel also swept away some destroyed structure of houses and two mosques.

The authority further said there are reports that some Tableeghi members are also missing. The SDMA Director Operations told Channel 92 that the cloud burst happened in Laiswa at midnight and lightening fell onto two houses and a mosque. He said the rescuer activities are in progress to retrieve and identify the bodies. In another incident, five riders were killed after a jeep they were riding plunged into River Neelam. A minor child survived the accident.