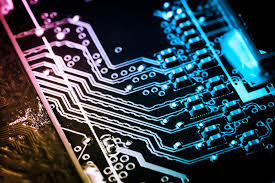 FRANKFURT – Britain's Interoute, a high-capacity data network and corporate cloud services provider, is taking on new private equity investors to fund acquisitions across Europe and the United States, the company said on Monday. Aleph Capital Partners, a UK investment firm headed by former Goldman Sachs European private equity investment chief Hugues Lepic, and Crestview Partners, a US private equity firm founded by ex-Goldman colleagues, have agreed to buy a 30 percent stake in London-based Interoute. The value of the investment was undisclosed, but Aleph is chartered to make investments that range from 100 million to 400 million euros. The deal is expected to close in April, it said. The investment, Aleph's first since it was set up two years ago, is a share purchase deal to buy out shareholder Emirates International Telecommunications (EIT), part of a conglomerate owned by the ruler of Dubai, which has been looking to pare debt. Privately held Interoute is majority-owned by Switzerland's Sandoz Family Foundation. Interoute said the new financing would allow it to build out its network of datacenters and cloud computing services linking around 124 cities across Europe, as it seeks to more than double revenue to 1 billion euros in five years. "This change in the shareholder structure means that instead of being considered potential prey, we can now turn to being one of the predators," Interoute Chief Executive Gareth Williams said in a phone interview. The pan-European network operator aims to consolidate highly fragmented markets where national datacenter players have arisen in recent years amid spiraling corporate demand for cloud-based Internet services and tight local controls over data transfer. The London-based company said it had 425 million in revenue in 2014, up 2 percent from the year earlier. Core earnings rose slightly to 93 million euros, while free cash flow grew to $25 million, reversing a shortfall of 20 million euros in 2013. Currently, around 25 percent of European data traffic flow over its networks and datacenters in 24 countries. It also has datacenters in key Asian and US locations. Sixty percent of revenue comes from providing computing, voice and video communications services over its networks to corporate customers such as the European football association and Coca-Cola. The other 40 percent comes from its older business wholesaling raw network capacity to interconnect European telecom network operators and Internet services such as Google and Facebook. –Reuters