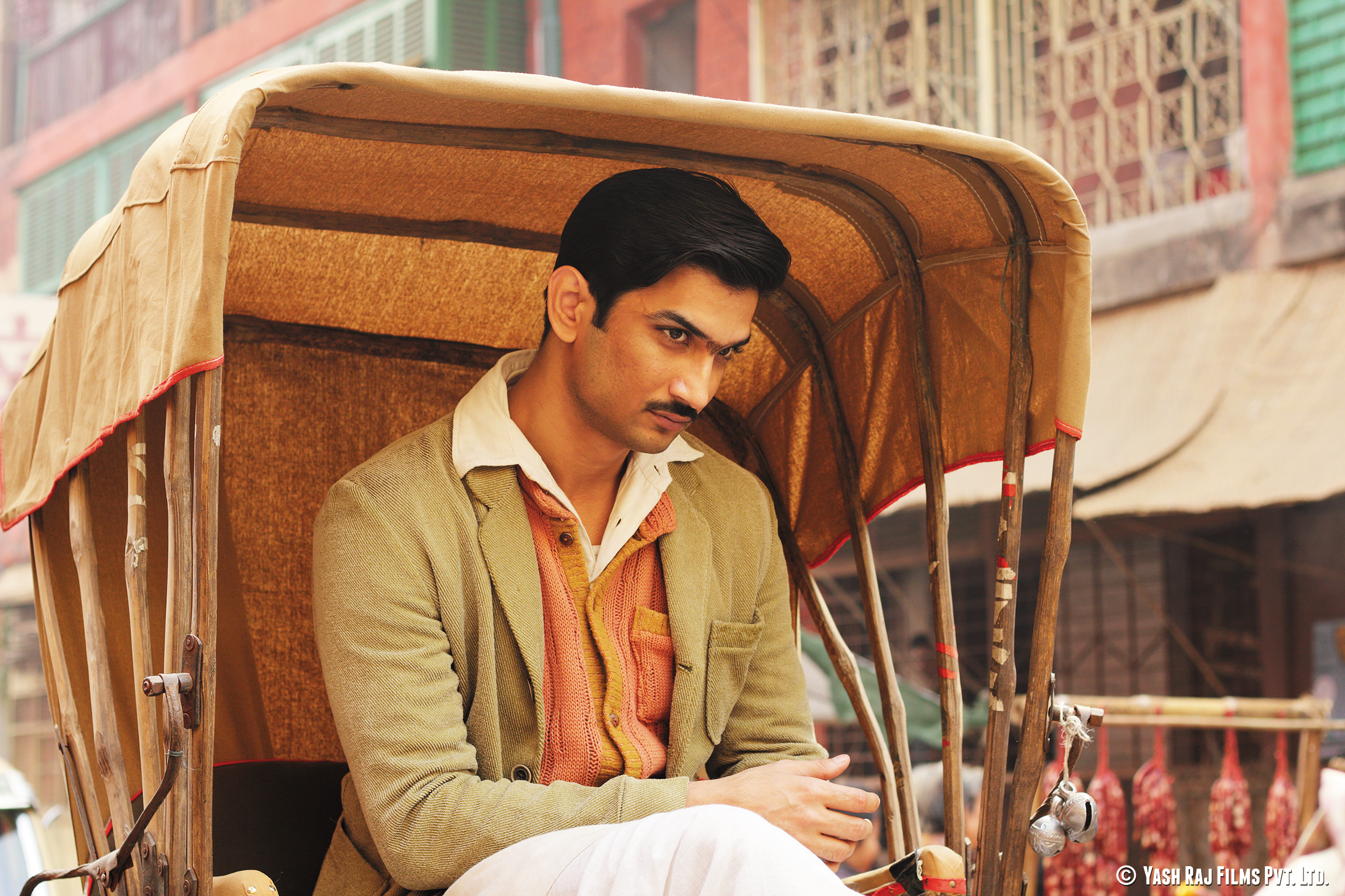 MUMBAI - “Please don’t ask me about my process. Are you going to ask me about my process?” Sushant Singh Rajput asks as soon I switch on my recorder. The 29-year-old actor is in the middle of hectic promotions for his movie“Detective Byomkesh Bakshy!”, and has obviously given one too many interviews. Rajput, a former television actor who made his Bollywood debut in 2013, has quickly gone on to become one of the Hindi film industry’s blue-eyed boys, catching the eye of directors like Dibakar Banerjee (who has directed “Detective Byomkesh Bakshy!”) and Shekhar Kapoor (who will direct him in “Paani.”) For Banerjee’s film, Rajput dons a voluminous dhoti (a traditional Indian costume), oils his hair, and plays the role of Sharadindu Bandyopadhyay’s famed fictional sleuth. Rajput spoke to Reuters about his “process”, the unglamorous look he sports in the film, and why he said yes to Rajkumar Hirani’s 2014 film “PK”. Q: I wasn’t going to ask you, but if you want to tell me about your process, please feel free to …  A: (Laughs) It was madness, but there was a method behind my madness. We tried to understand each and everything that we were supposed to – like Calcutta, Calcutta culture of the 40s, the adda, the coffee house, Lalbazar, Fort William, all of that. Why is this film different from all the Byomkesh films we have seen so far? What is the intent? What is the central idea? What are the changes that we are making in order to communicate the same emotions all this while? All these things were part of the homework. Q: Did it bother you that your character in the film looks decidedly unglamorous? A: Lots of girls have told me I look hot in the movie, so any apprehensions I had have disappeared. The oiled hair and all is a very Indian and dated way of looking sexy. If you know how to pull it off, it can come across as sexy. You just have to be comfortable. We thought about how everything in the frame should be period correct. We thought of Byomkesh as what Sharadindu (Bandyopadhyay) wrote about Byomkesh. It’s not to impress an audience. Q: The story-telling is contemporary, but the setting is period. As an actor, was that a difficult job? A: No, you don’t have to play to the grammar that the film-maker has. You just have to convince yourself that this is the 1940s and you are Byomkesh and you are interacting with people of that age. But the way it’s been communicated, and the way the film-maker tells the story, that’s what makes this film different from all the other Byomkesh Bakshy films. Otherwise, give me one good reason why we should make a film on Byomkesh Bakshy again when we already know his story. It’s not changing the content, or the context. It’s a completely different interpretation of the same thing. Q: In your interpretation, what kind of a detective is Byomkesh Bakshy? A: I think he’s more cerebral than visceral. I think he understands that to live in society, or to be with people he likes, he needs to change the way he talks. He’s very honest, and comes across as someone who is rude. We want to hear what we want to hear, and we usually think about what the person in front of us wants to hear. We change our words to suit them so that nobody gets offended. Byomkesh isn’t like that – he seeks the truth and he speaks the truth. But gradually, he understands that he needs to change a few things about him. That was fascinating to play. Q: The film seems to be action-packed, another thing that we don’t associate with Byomkesh. Is that another aspect that’s been interpreted differently? A: No. Byomkesh is never actively participating in physical violence. It’s everyone around him who is doing that. He’s scared. He’s afraid of blood, so that’s a distinct difference between him and other detectives like Feluda and Sherlock. Q:  Is he more like Hercule Poirot? A: Yeah, he is. Sharadindu was influenced by Agatha Christie and Arthur Conan Doyle. These are personality traits that he had in mind while writing the books and we have retained them. Q: Is “Detective Byomkesh Bakshy!” a whodunit at heart or is it a study of the detective at work? A: There are many layers to the film. How he solves the case is what it’s about. But he transforms in the film. He thinks it’s his decision to be a loner and that he doesn’t fit in to society because he is very intelligent and nobody else is. But he wants two things in life – one is excitement, and the other is companionship. He meets Ajit and Satyavati and realises that this is what he has been missing all his life. Towards the end, he makes a slight, very slight adjustment because of this. He lies for them, something he would never do otherwise. Q: You are doing big-ticket films where you are the solo hero, like Shekhar Kapoor’s “Paani” and Neeraj Pandey’s biopic on cricketer Mahendra Singh Dhoni. Why then, did you say yes to “PK”, a film where you had a miniscule role? A: Because the sheer idea of Raju Hirani (director) saying “action” …. Rajkumar Hirani is right up there at the top. I always knew about the role and the duration. But I got good reactions after the film, so that was good. Q: You would do a film because of the director rather than for the role? A: Obviously, it has to be a mix of a few things. He (Hirani) was kind enough to narrate me the script, and I was laughing and crying at the same time. So just to be a part of that kind of story-telling was very important for me. - Reuters