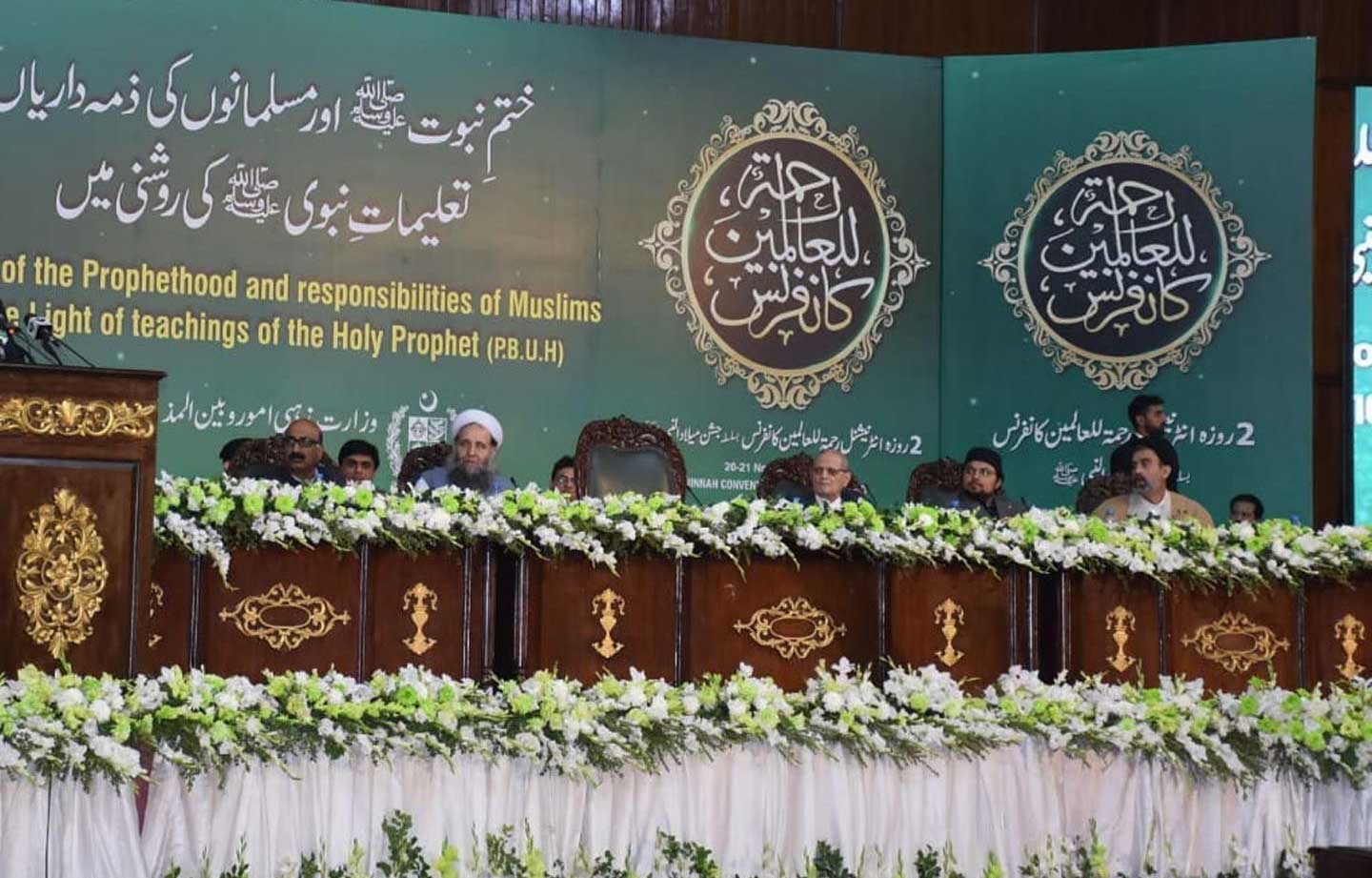 ISLAMABAD (92 News) – A two-day International Rahmatul-Lil-Alameen Conference concludes at Jinnah Convention Centre in Islamabad today. President Dr Arif Alvi addressed the concluding session of the conference, which was being held under the auspices of Ministry of Religious Affairs and Interfaith Harmony. It is the 43rd conference aimed at promoting religious harmony, tolerance, brotherhood and equality, respect for humanity, non-violence, unity, reconciliation and culture of dialogue. On the occasion, fateha was offered for the Muslims, who lost their lives in a recent blast in Afghanistan, Kashmir, Syria, and other parts of the world. On the conclusion of the conference, a declaration was also adopted paying rich tribute to the Holy Prophet [PBUH] for making the humanity respectable, giving honor to women, and poor segments of society. The declaration also welcomed EU court for differentiating between undermining a religion and freedom of expression. It said blasphemous acts against sacred personalities of any religion are a punishable offence.