Investors brace for stocks to fall again ahead of earnings 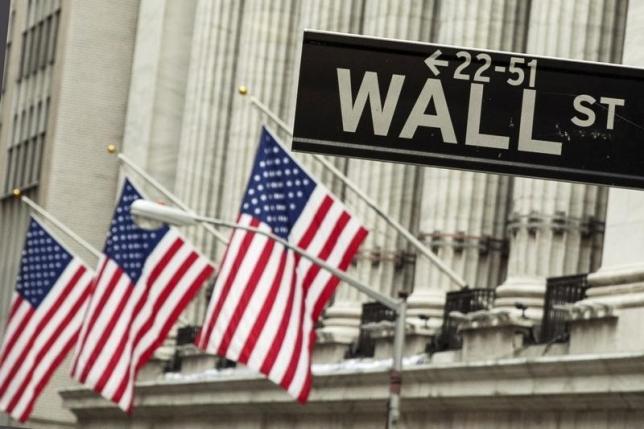 Investors brace for stocks to fall again ahead of earnings

NEW YORK – The global market volatility of the past month that sent U.S. stocks to their worst quarter in four years shows no signs of letting up just because the calendar turned to October. Investors say they are bracing for another leg down in the S&P 500 stock index despite its positive showing last week by increasing cash and other defensive positions in their portfolios. "Do I think we go into a bear market? No. Can we inch toward it? Absolutely," said Peter Cardillo, chief market economist at Rockwell Global Capital in New York. With the backdrop of slowing jobs growth in the U.S. and the collapse of global commodity prices, third quarter corporate results will take on a heightened significance when companies begin reporting them next week, analysts said. Alcoa Inc, traditionally the first company to report its results, is scheduled to announce its third quarter earnings after the market closes on Oct. 8. Overall, corporate earnings are expected to fall by 4.1 percent, according to Thomson Reuters data. That figure is skewed, however, by an expected 65 percent fall in energy sector results. "The single most determinant variable is going to be earnings at this point," said Mark Freeman, chief investment officer at Dallas-based Westwood Holdings Group. He has been raising his cash levels, and at the same moving more of his portfolio into healthcare and technology companies that show signs of growth. "The market continues to narrow and narrow. We're not about to fall into a bear market, but I'm starting to think the raging bull market is over," he said. A weaker than expected US employment report for September on Friday diminished inflation expectations, and the prospects for a dim U.S. corporate earnings season, are all factors fanning worries that the economic recovery could be derailed. Concerns about the global economy has fueled a series of deep declines and snap-back rallies over the last month, as investors look for surer footing. The S&P index had fallen more than 10 percent from the record high it reached May 20, and after starting with a selloff on Friday, closed up 1.42 percent, still down 8.6 percent from its recent high. Investors pulled $22 billion out of U.S. equity funds in the third quarter, while putting a record $17 billion into U.S. Treasury funds, according to Bank of America Merrill Lynch. Those investors have had few places to hide. Of the 21 major financial asset benchmarks tracked by Reuters, only two - the U.S. dollar and 10-year U.S. Treasury bonds - have posted positive returns so far this year, leaving investors with the worst financial market returns since the financial crisis in 2008. The yield of the benchmark 10-year Treasury fell below 2.0 percent on Friday for the first time since late August on concerns about growth in the U.S. economy. "There are some wicked winds swirling around from a macro perspective and you can't afford to be complacent," said Alan Gayle, head of asset allocation at Atlanta-based RidgeWorth Investments, who said he has been raising the cash levels in his portfolios until the market stabilizes. The Federal Reserve's decision in September to delay raising interest rates from financial crisis-era levels is exacerbating the uncertainty behind the market's large swings, said Jonathan Golub, chief U.S. market strategist at RBC Capital Markets. "The market wants to see the economic conditions normalize. It's starting to think that something is broken here and it makes them uncomfortable," he said. Fedwatchers suggest Friday's lackluster jobs report would cause the Fed to further delay raising interest rates until 2016, prolonging market volatility into next year. To be sure, some investors say that heightened volatility is welcome. "This can create wonderful opportunities, and we're actively looking to take advantage of egregious pricing," said Connor Browne, managing director of equities at fund manager Thornburg Investment Management. –Reuters