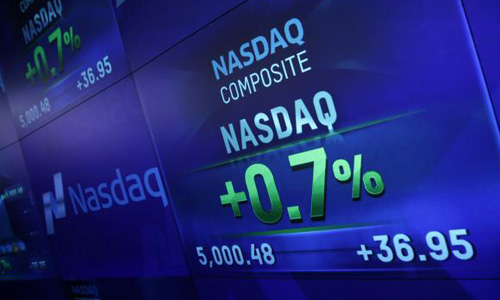 NEW YORK (Reuters) - Forget the 2013 "taper tantrum." U.S. stock markets are in the midst of a "'patient' panic" ahead of Wednesday's Federal Reserve statement, when many investors expect a change in the Fed's language that would send the clearest signal yet that a rate hike is coming soon. The S&P 500 has fallen 2.6 percent since February's stronger-than-expected jobs report a week ago boosted expectations for an interest rate increase as soon as June. Stocks may fall further if Fed Chair Janet Yellen drops a pledge to be "patient" about rate hikes in the Fed's statement after the upcoming policy meeting. Most economists expect her to erase that word as a precursor to starting rate hikes in June, according to a Reuters Poll. Fed fund futures contracts, however, show futures traders still expect the first increase in September, putting just 19 percent odds on a June rate hike, compared with a 58 percent probability for September, according to CME Group FedWatch. With inflation still low, many stock investors are still not ready for a June hike. This may change Wednesday, said Torsten Slok, chief international economist for Deutsche Bank Services in New York. "Next week if she does remove 'patient' they could get the wake-up call," said Slok, who sees stocks selling off further in what he calls the "patient panic." Some strategists see the market's decline as a short-lived speed bump because the strength of the U.S. economy that would trigger a rate hike will ultimately help drive stocks up. Strategists and investors are looking to May 2013, hoping to avoid a repeat of what became known as the 'taper tantrum.' At that time, then-Fed Chair Ben Bernanke sent equity investors running when he talked about conditions that might cause the Fed to reduce its $85 billion-a-month in bond purchases aimed at stimulating the economy. The S&P fell 5.8 percent between May 21 and June 24 of that year in anticipation of tighter policy, while bond yields rose dramatically. The Fed gradually wound down its bond purchases and stocks rallied to a series of records. Now, faced with the first Fed interest rate hike since June 2006, equity investors have more to worry about than in 2013 because a rapid rise in the dollar is expected to hurt for many U.S. multinational companies. On Friday, the dollar .DXY reached its highest point against a basket of major currencies since April 2003, and is on course for its strongest quarterly performance since the fourth quarter of 1992. The dollar's 25 percent move in the last four quarters has historically coincided with a 10 percent drop in earnings per share, according to Bank of America-Merrill Lynch research. "That's exaggerating the anxiety," said John Praveen, chief investment strategist Prudential International Investments Advisers LLC in Newark, New Jersey. While Praveen expects U.S. stocks to fall next week in a "patient tantrum" he also sees a comeback and "healthy gains over the next few quarters" due to economic strength.