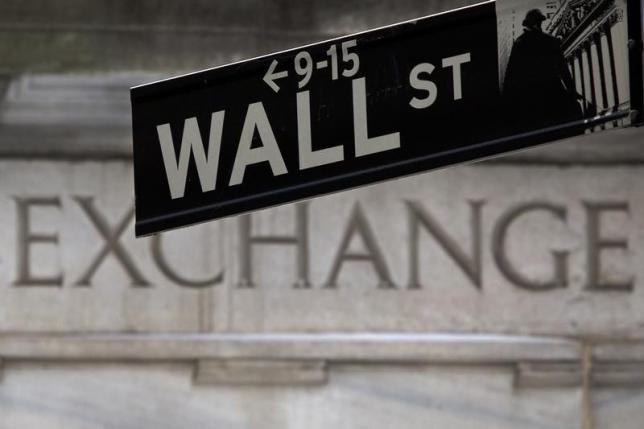 NEW YORK - Investors attempting to determine whether U.S. equities will rebound from Friday's selloff or continue to sink will look to a deluge of earnings next week for a clearer picture of the economy. The S&P dropped 1.1 percent on Friday, its biggest decline since March 25. Equities lost ground after industrials Honeywell International and General Electric took hits from the strong dollar, while concerns over new trading regulations in China and Greece's place in the euro zone dented sentiment. Since hitting a high of 2,119.59 on Feb. 25, the S&P has held in a range of about 80 points. Investors have grown concerned about the impact of a strong dollar on quarterly results, even as they remain leery of missing out on any rally. "Our markets will get kind of quiet again as we wait for some of those earnings and what is going to happen on the 24th with Greece," said Keith Bliss, senior vice-president at Cuttone & Co in New York. Euro zone finance ministers meet April 24 to try to reach a deal for Greek debt repayments. Next week is among the busiest of the earnings season, with results expected from companies including Amazon.com Inc, General Motors, Boeing and Morgan Stanley. The results could help investors gauge the impact of the rise in the greenback and assess the strength of the economy after a string of lackluster economic reports. "Most companies have been able to beat on the bottom line and miss on the top line, and that has been the story now for quite a while," said Rick Meckler, president of LibertyView Capital Management in Jersey City, New Jersey, referring to companies' ability to beat profit estimates while falling short of sales expectations. "Their ability to make numbers keeps their stocks from really selling off, but their inability to show top line growth keeps their stocks from really taking off." According to Thomson Reuters data, of the 59 companies in the S&P 500 that have posted earnings to date, 74.6 percent have topped profit expectations, above the 70 percent beat rate for the past four quarters and 63 percent rate since 1994. Early returns on revenue have been disappointing, however, as 45.8 of companies have topped estimates, well short of the 58 percent rate for the past four quarters and 61 percent rate since 2002. "Next week you get everybody, you get a much better picture of what corporate America looks like in the first quarter," said Art Hogan, chief market strategist at Wunderlich Securities in New York. Although earnings season is typically choppy for stocks, traders in the options market do not seem to be raising many red flags about volatility for companies set to report results. There are a few exceptions. DuPont, facing activist pressure to add board seats and split the company, is expected to show more volatility than usual. So is United Technologies Corp. Both companies' share prices typically move about 1 percent in reaction to earnings; this season, options activity is suggesting a move of about 2.3 percent for United Technologies and 2.7 percent for DuPont. Shares of typically-volatile Internet giants, Facebook Inc and Google Inc, could move 6.5 percent and 4.3 percent, respectively, based on their options activity. Those are below the average moves seen in these shares after earnings. - REUTERS