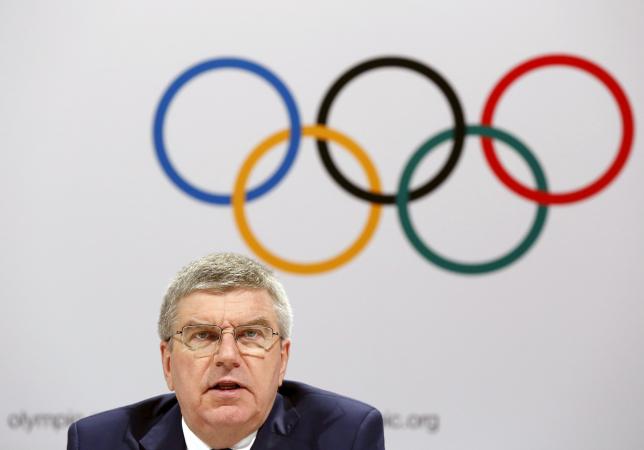 SEOUL - Olympics chief Thomas Bach will meet organisers and key sponsors of the 2018 Winter Games on Wednesday and pay a visit to South Korea President Park Geun-hye to discuss government support for the Games, Pyeongchang's organising committee (POCOG) said. International Olympic Committee President Bach, who will travel to Beijing on Thursday for the world athletics championships, will be accompanied by Gunilla Lindberg, the head of the IOC's Coordination Committee for the Pyeongchang Games. "Bach will arrive in South Korea on the morning of Aug. 19 and meet with Cho Yang-ho, the president of Pyeongchang Organising Committee, and participate in a welcome luncheon," POCOG said in a statement. Tier-1 sponsors of the Games would also be at the luncheon, the statement added. After a slow start, preparations for Asia's first Winter Olympics to be staged outside Japan are now in full flow. In July, Lindberg praised the quality of construction work at venues and said organisers were now focussed on delivering next year's test events. The coastal city of Gangneung will be used for the figure skating, curling, ice hockey, speed and short-track skating events, while the alpine town of Pyeongchang will stage mountain events such as skiing, sliding and Nordic events. Concerns about costs and construction delays had raised speculation earlier this year that some of the events might have to be moved away from Pyeongchang, perhaps even to Japan. But construction is in full swing and major South Korean companies such as Samsung, Korean Air and LG have agreed to pour in funds to support the Games. South Korea's two biggest automakers, Hyundai Motor Co. and its affiliate Kia Motors Corp, have also signed on as sponsors, providing vehicles and pumping in cash to help with the running of the multi-sports event. -Reuters