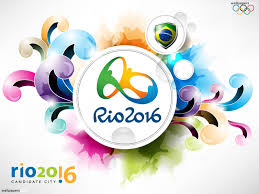 RIO DE JANEIRO (Reuters) - International Olympic Committee (IOC) President Thomas Bach has said he is "very satisfied" with Rio de Janeiro's preparations to host South America’s first Olympic games in 2016. Bach's upbeat comments came just 10 months after IOC vice-president John Coates described Brazil's organisation as the "worst ever". That prompted the IOC to create a task force to more closely oversee preparations. "I am very satisfied," Bach told reporters in Copacabana on Tuesday. Bach flew to the Brazilian capital Brasilia to meet President Dilma Rousseff on Tuesday afternoon and will return to Rio for meetings of the IOC's executive committee. Although local officials are concerned that the planned new metro line is behind schedule –- as well as the fetid state of the water where the sailing events will take place -- the Rio state governor brushed off those worries. "Some delays are normal and they always happen with the Olympics but they are nothing to worry about," Luiz Fernando Pezao said.