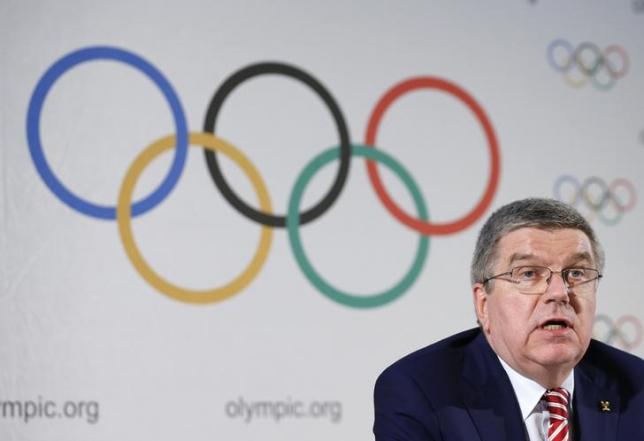 LAUSANNE, Switzerland – Germany's athletics federation chief called on the International Olympic Committee (IOC) to ban Russian track and field athletes from the Olympic Games in Brazil this year, according to an open letter published on Friday by the German magazine Der Spiegel. Clemens Prokop wrote to IOC President Thomas Bach ahead of a June 17 meeting of the International Association of Athletics Federations (IAAF) which is set to decide the fate of the Russian athletes. Der Spiegel said that in his letter Prokop said German athletes were shocked by recent reports about state doping in Russia and urged him to take action. "The findings of the recent past have shown that equal opportunities obviously have not been maintained," the magazine quoted Prokop's letter as saying. "This means that not only were athletes cheated, but the IOC and the Olympic ideal have been deceived," Prokop wrote, asking the IOC to take action against Russian track and field athletes. "The result can only be: The Russians must stay out." After being suspended by the International Association of Athletics Federations (IAAF) last year, Russia is seeking to convince sports authorities it is serious about rooting out cheats in time for the Rio de Janeiro Olympics in August. The IAAF will decide whether Russia has done enough to have the ban overturned at a meeting in Vienna on June 17. –Reuters