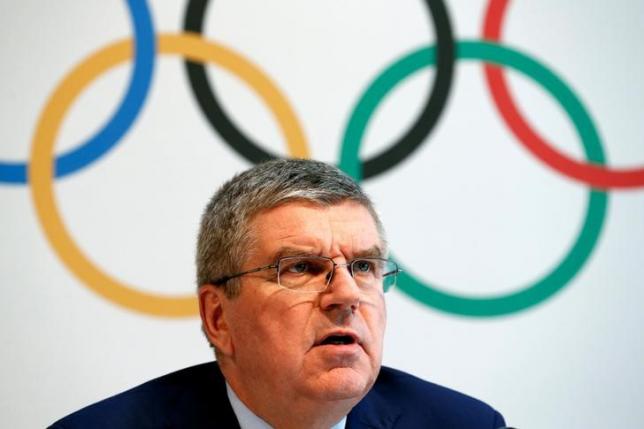 LAUSANNE - Germany's Olympic discus champion Robert Harting has launched a stinging attack on International Olympic Committee (IOC) president Thomas Bach, describing him as part of the problem in the fight against doping. The IOC on Sunday rejected calls for Russia to be banned from next month's Rio Games over its doping record, leaving international sports federations to decide whether individual athletes should be allowed to compete. The decision drew condemnation from the World Anti-Doping Agency (WADA), which said it would "inevitably lead to ... lesser protection for clean athletes" and Harting has joined a chorus of criticism from Olympic competitors. "For me he (Bach) is part of the doping system, not the anti-doping system," Harting told a news conference on Tuesday. "I cannot personally see it in any other way, because I am a strong anti-doping campaigner. Many officials have failed and they need to take a good hard look at themselves because at the end of the day they have failed in many ways." The IOC was not immediately available to comment. WADA and 14 national anti-doping organisations had urged the IOC to impose a blanket ban in the wake of the damning McLaren report that found evidence of state-sponsored doping by Russian athletes at the 2014 Winter Olympics in Sochi. The 31-year-old Harting, who won gold at London 2012 and three straight world titles from 2009-2013, was asked if he was ashamed of his compatriot Bach. "Yes, you could say that," he replied. "I am ashamed of Thomas Bach. I am personally ashamed, the whole thing is a pity." -Reuters