Iodine deficiency is the world’s single major cause of mental retardation. It affects brain development during the early stages of pregnancy and in early childhood. Severe iodine deficiency disorders (IDD) include cretinism, stillbirth and miscarriage and increase infant mortality. Even mild deficiency can cause a significant loss of learning ability – about 13.5 intelligence quotient points (IQ points) at population level – as well as other symptoms such as goiter, an abnormal enlargement of the thyroid gland Iodine Deficiency Disorders (IDD) is the leading cause of preventable brain damage (Mental handicaps) worldwide, producing typical reductions in IQ. 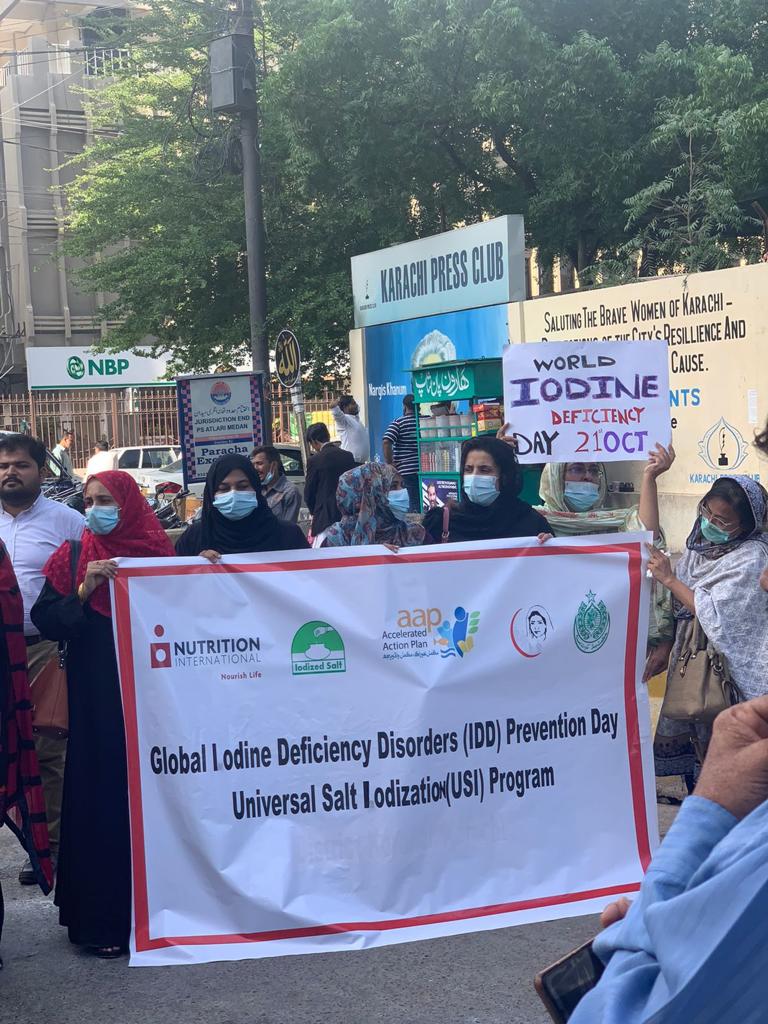 Majority of consequences of IDD are invisible and profound affecting the quality of human life but at the same time very much preventable. In the past, iodine deficiency was thought to cause only goiter and cretinism. However, over the last quarter of the century, it has become increasingly clear that iodine deficiency leads to a much wider spectrum of disorders commencing with the intrauterine life and extending through childhood into adult life with serious health and social problems including the effect of IDD on stunting of the children which is the most serious emerging nutritional deficiency. The spectrum of diseases includes goiter, cretinism, hypothyroidism, brain damage, abortion still birth, mental retardation, psychomotor defects, hearing and speech impairment.

The Diet low in iodine is the main cause of iodine deficiency. It usually occurs among populations living in areas where the soil has been depleted of iodine because of flooding, heavy rainfall or glaciation. If the soil is deficient in iodine, so are the plants grown in it, including grains and vegetables that people and animals consume. An estimated, 38 million newborns in developing countries every year remain unprotected from the lifelong consequences of brain damage associated with iodine deficiency disorders.

Interventions to control IDD are Universal Salt Iodization which is easy, cheap and cost effective, Iodine. Supplementation in the form of injection and capsules and Dietary Diversification which is slow and require attitude & behavioral change. Health Department of Sindh through the Accelerated Action Plan and with the collaboration of Nutrition International (NI), UNWFP and UNICEF is working on Universal Salt Iodization Project in entire Sindh. The project aims to ensure that all the edible salt produced or imported from other provinces must be adequately iodized. 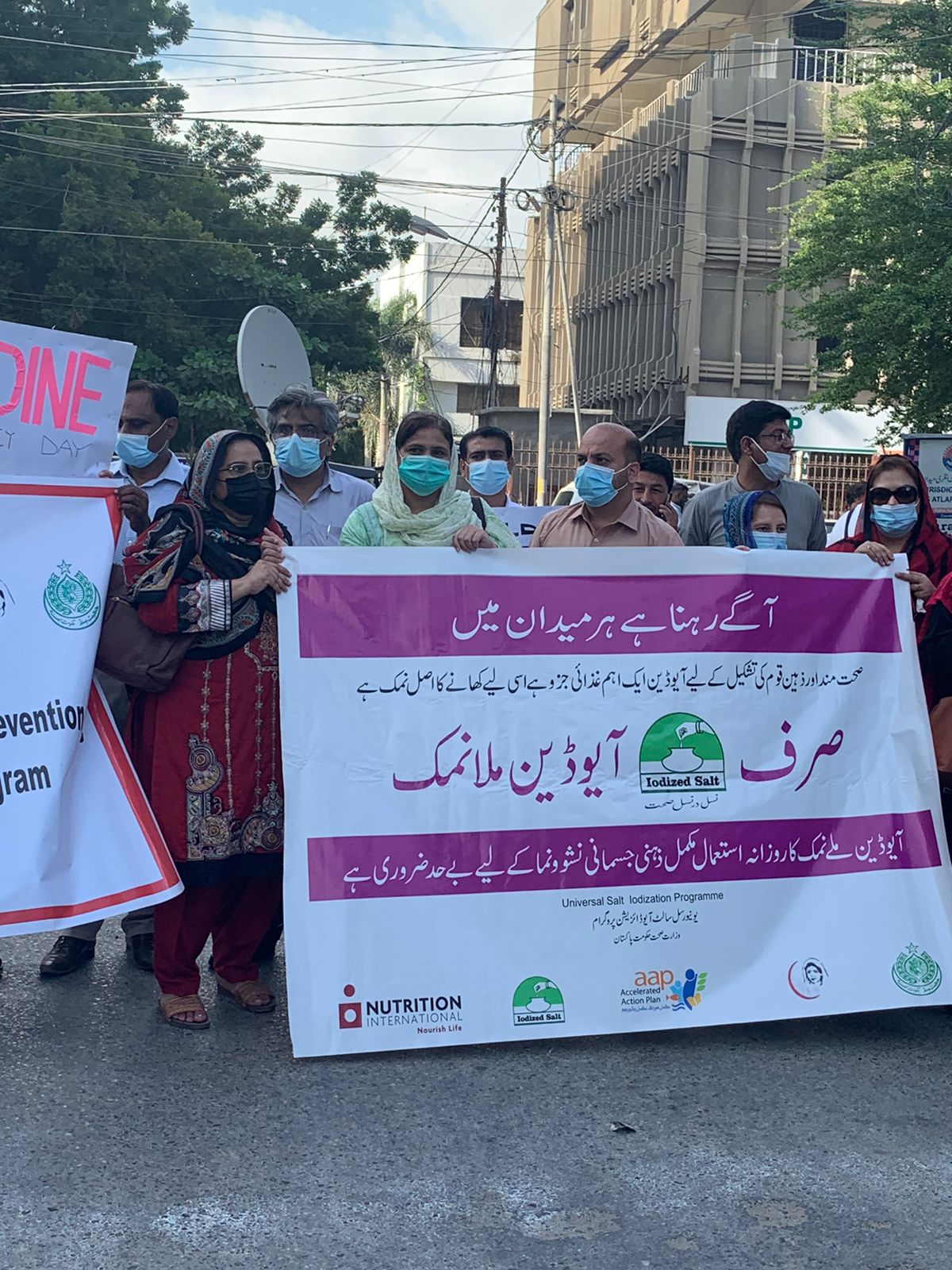 The program has gained substantial results which are reflected in the National Nutrition survey 2018. Whereby household consumption of iodization salt has increased to 79.5% compared from 17% in 2001.

The Global Iodine Deficiency Disorder Day provides an opportunity to unite over this important public health problem of today by sensitizing the community regarding its importance through effective initiatives involving everyone. This day is observed to produce awareness among people to reduce iodine deficiency disorders. In this regard on 21st of October Accelerated Action Plan under the leadership of Dr Sahib Jan with the technical and financial assistance of Nutrition International, World Food Program, UNICEF and WHO organized awareness walk at Press Club of Karachi.

On this occasion Kashif Ali Raza, Syfoor Bibi, Dr Naveed Bhutto, Dr Fatima, Dr Sarwan, with other team members and representatives of civil society and academia participated and showed their support in this noble cause.