Iowa reports biggest US outbreak of bird flu in poultry 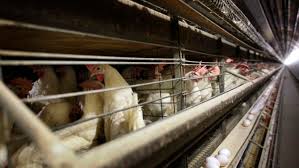 Iowa reports biggest US outbreak of bird flu in poultry

CHICAGO - Iowa, the top US egg-producing state, found a lethal strain of bird flu in millions of hens at an egg-laying facility on Monday, the worst case so far in a national outbreak that prompted Wisconsin to declare a state of emergency. The infected Iowa birds were being raised near the city of Harris by Sunrise Farms, an affiliate of Sonstegard Foods Company, the company said. The facility houses 3.8 million hens, according to the company, which sells eggs to food manufacturers, government agencies and retailers. "We went to great lengths to prevent our birds from contracting AI (avian influenza), but despite best efforts we now confirm many of our birds are testing positive," Sonstegard said in a statement. The flock has been quarantined, and birds on the property will be culled to prevent the spread of the disease, the US Department of Agriculture said. The virus can kill nearly an entire infected flock within 48 hours. The Agriculture Department said the Iowa flock numbered 5.3 million birds. The larger figure likely represents the capacity of the farm, while the company number was the actual number of birds on site, said Bill Northey, Iowa's secretary of agriculture. A loss of 3.8 million birds represents more than 6 percent of the egg-laying hens in Iowa and more than 1 percent of the US flock, meaning "there definitely will be some customers that will be impacted by this," Northey said. Iowa was already among 12 states that have detected bird flu in poultry since the beginning of the year. The other states are Arkansas, Idaho, Kansas, Minnesota, Missouri, Montana, North Dakota, Oregon, South Dakota, Washington and Wisconsin. The Agriculture Department has spent at least $45 million responding to the US outbreak, including costs for testing, quarantines around infected facilities, and compensation for producers whose birds have been killed by the virus or culled. The figure does not include the cost to producers from the months of downtime in barns after infections have been detected. The infections also have hurt the $5.7 billion US export market for poultry and eggs. For producers "in the back of their head is how greatly they could be impacted by this disease," Northey said. He did not know the monetary value of the 3.8 million birds. Bird flu, also called avian influenza or AI, is a viral disease that infects birds. Officials believe wild birds are spreading the virus but they do not know how it is entering barns. In Wisconsin, Governor Scott Walker on Monday declared a state of emergency after three poultry flocks became infected in the past week, according to his office. The infected birds, more than 326,000 in all, were chickens at an egg-laying facility, turkeys and a backyard flock of mixed-breed birds. Walker has authorized the state's National Guard to help contain the disease, citing "thin" resources available from the federal government. A state spokeswoman said guardsmen would disinfect trucks exiting infected premises. A spokeswoman for the US Department of Agriculture did not respond to questions about federal resources. The agency has deployed about 60 people to Minnesota, the top US turkey-producing state, which has found more infected flocks than any other state. The US Centers for Disease Control and Prevention considers the risk for human infections to be low, and no human cases have been reported. - Reuters