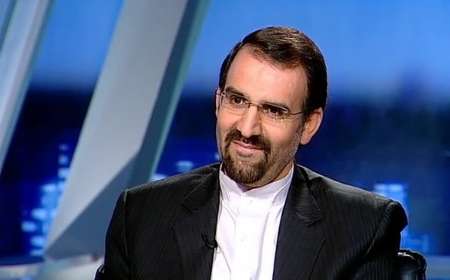 MOSCOW (Web Desk) - Iran's ambassador to Russia said that Iran has made the hostile sanctions imposed by the western governments on Iran to develop national economy. In an interview with Moscow Daily 'Moskovsky Komsomolets', published on Tuesday, Mehdi Sanaei said that imposing sanctions is not a suitable way to settle existing differences between states. He said that the sanctions have inflicted heavy damages on the ordinary people. He derided the western governments for their publicity that they imposed sanctions on Iran to put pressure on the government. In confrontation with sanctions, Iran opted for two approaches; one, to decrease consequences of the sanctions and second, Iran went ahead with negotiations to settle the nuclear dispute. Iran tried to reduce its dependency on oil revenues and fulfilled a wide range of measures in this concern. The ambassador said that Iran has increased its non-oil exports and has achieved a great success in this concern. He added that Iran has achieved noticeable success in the fields of advanced technology, nanotechnology and aerospace and has recently launched its new satellite into orbit. Concerning Iran's stances vis-a-vis Daesh terrorist group, Sanaei said that Iran never supports terrorist or radical groups and has always condemned terrorist acts. He added that Iran is confronting with such phenomenon, but it never agrees with foreign interference in domestic affairs of regional countries. About situation in Iraq, Sanaei said that Iran believes everybody should help Iraqi government to solve its problems and that interference of other countries will make the Iraqi situation more complicated. Concerning Iran's stances on Syria, Sanaei underlined Iranian assistance to Syrian government to fight terrorists. He said that situation for emerging terrorists groups in Syria and other countries in the region are so vague. These groups have been created by the western governments with an aim to put negative affects on religions and ethical values. He talked about Iran-US relations by saying that no special event has taken place in bilateral ties, but since one year ago negotiations on nuclear dispute are underway. A social movement gained momentum in Iran demanding the Iranian government to take legal action with the International Court of Justice in The Hague against the US Administration for the heavy losses it inflicted on Iranian national economy by the arbitrary sanctions under the false pretext of the nuclear program.