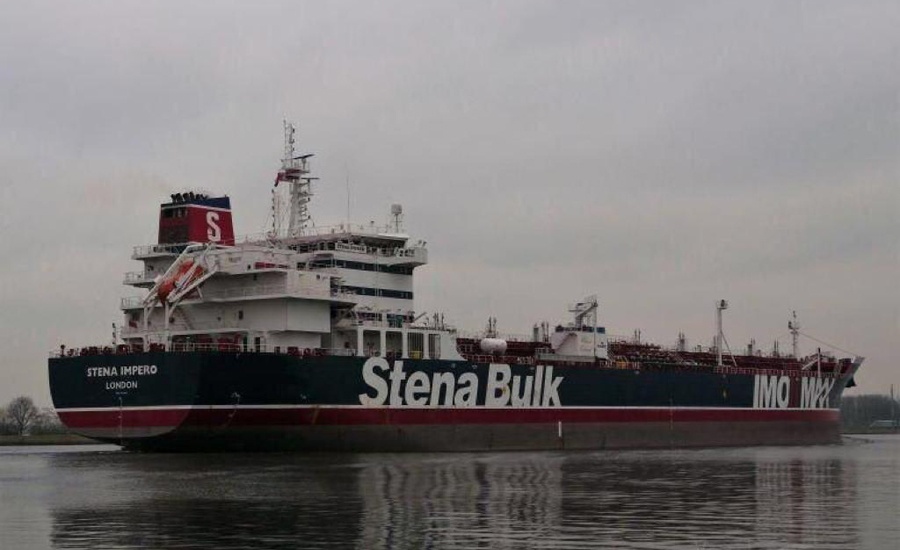 LONDON/DUBAI (Reuters) - Iran’s Revolutionary Guards said on Friday they had captured a British-flagged oil tanker in the Gulf after Britain seized an Iranian vessel earlier this month, further raising tensions along a vital international oil shipping route. Britain said it was urgently seeking information about the Stena Impero after the tanker, which had been heading to a port in Saudi Arabia, suddenly changed course after passing through the Strait of Hormuz at the mouth of the Gulf. The Revolutionary Guards said they seized the tanker at the request of Iranian maritime authorities for “not following international maritime regulations,” state television reported. Relations between Iran and the West have been increasingly strained since British naval forces seized an Iranian tanker in Gibraltar on July 4 on suspicion of smuggling oil to Syria in breach of European Union sanctions. Iran said it would retaliate and days later three Iranian vessels tried to block a British-owned tanker passing through the Strait of Hormuz. But on that occasion, the Iranian vessels backed off when confronted by a British Royal Navy warship. “We are urgently seeking further information and assessing the situation following reports of an incident in the Gulf,” a spokesman for Britain’s Ministry of Defence said on Friday. A person familiar with the matter said a meeting of the British government’s emergency committee was being held. Prime Minister Theresa May’s office declined to comment. Refinitiv data showed the Stena Impero was a British-flagged vessel owned by Stena Bulk. It showed the vessel’s destination as the Saudi port of Jubail on the Gulf. The map tracking the ship’s course showed it veering off course with a sharp turn north at about 1517 GMT on Friday and heading toward the Iranian coast.