Iran framework deal would only be step in talks, says European diplomat 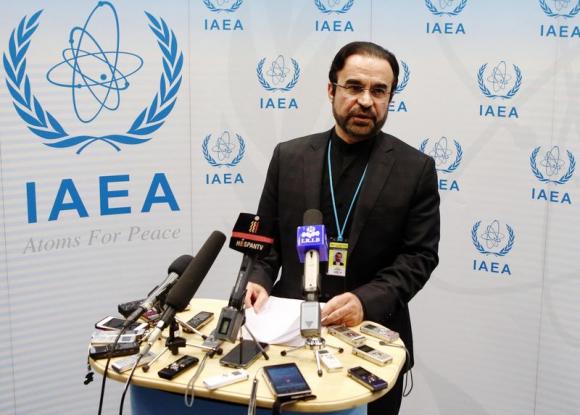 Iran framework deal would only be step in talks, says European diplomat

BRUSSELS - Even if Iran and six powers can reach a framework nuclear deal by the end of this month, further serious negotiations would be needed to achieve a full agreement by June 30, a senior European diplomat said on Friday. Iran and the six powers resume talks in Lausanne, Switzerland, next week, in search of an agreement to curb Iran's most sensitive nuclear activities for at least 10 years in exchange for a gradual end to sanctions on the Islamic Republic. The six powers -- Britain, China, France, Germany, Russia and the United States -- aim to complete the framework of a final nuclear deal by the end of March and reach a full agreement by June 30. The senior European diplomat, speaking to journalists on condition of anonymity, said it was hard to tell if next week's talks would produce a breakthrough on a framework deal. "We've really made progress, particularly in the last weeks, but there are still some very difficult issues ... Frankly, I can't tell," the diplomat said. A political agreement would be a "key understanding on where we are on the major issues -- the scope of enrichment, for example." Asked if further serious negotiations would be needed beyond March 31, if a political framework agreement was reached by then, the diplomat said: "Yes, yes, absolutely." "I still don’t know if they (Iran) can take the final steps, frankly," the diplomat added. The diplomat said the participation of Iran's nuclear chief Ali Akbar Salehi in some of the recent discussions had been very helpful. The West suspects Iran of seeking the capability to build a nuclear bomb, something Tehran denies. French Foreign Minister Laurent Fabius said last week that commitments offered by Iran did not go far enough. "As far as the volume, checks and duration of the envisaged commitments are concerned, the situation is still insufficient, so there is more work to be done," he said. Forty-seven Republican U.S. senators warned Iran's leaders on Monday that any nuclear deal with President Barack Obama could last only as long as he remains in office. That drew criticism from Iran's Supreme Leader Ayatollah Ali Khamenei, who, according to news agency Mehr, said he was worried because the United States was known for "backstabbing". –Reuters European Union foreign policy chief Federica Mogherini will host talks in Brussels on Monday with the foreign ministers of Iran, Germany, France and Britain to discuss specific European concerns in the nuclear negotiations.