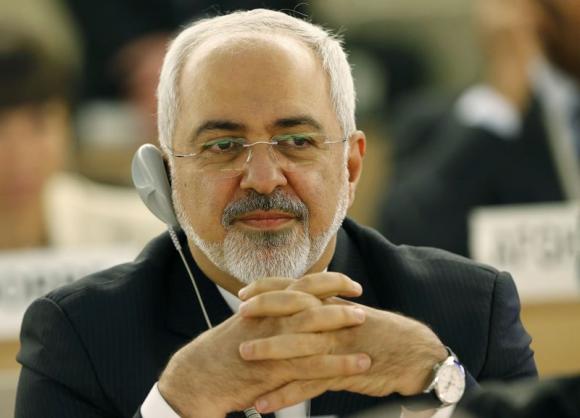 UNITED NATIONS (Reuters) - Iran's foreign minister on Thursday suggested that a 10-year moratorium on some aspects of the country's nuclear programme might be acceptable to Tehran, though he declined to discuss the issue in detail. US. President Barack Obama told Reuters on Monday that Iran must commit to a verifiable freeze of at least 10 years on sensitive nuclear activity for a landmark atomic deal to be reached between Tehran and six world powers. CNN's Christiane Amanpour asked Iranian Foreign Minister Mohammad Javad Zarif in an interview if Tehran was prepared to accept decade-long limits on a nuclear programme it insists is peaceful. "It depends on how you define it," Zarif said. "If we have an agreement, we are prepared to accept certain limitations for a certain period of time but I'm not prepared to negotiate on the air." On Tuesday Zarif was quoted by Iranian media as saying that Obama's demand for a 10-year partial freeze was unacceptable. Zarif and US. Secretary of State John Kerry held talks this week in Montreux, Switzerland with the aim of securing a political framework agreement by the end of March. "There are a lot of details that need to be discussed. We have made some progress," Zarif said. "We will have to work very, very hard for the next few weeks." Iran, the United States, Britain, France, Germany, Russia and China have given themselves an end-June deadline to reach an agreement that curbs sensitive Iranian nuclear work in exchange for sanctions relief. The Western powers hope to have a political framework agreement by the end of March. "We can in fact reach an agreement if there is the necessary political will to make the tough choices," Zarif said. Officials from the six power group and Iran say the next round of senior-level talks is expected to take place during the week of March 16, most likely in Geneva. Zarif said there has been no satisfactory agreement on how to remove sanctions. He dismissed Israeli Prime Minister Benjamin Netanyahu's warnings about the deal in a speech to the US Congress on Tuesday. "Some people consider peace and stability as an existential threat," he said, adding that it had no impact on the negotiations. The United States and its allies, notably Israel, suspect Iran of using a civilian nuclear programme as a cover to develop a nuclear weapons capability. Tehran denies the allegation