Iran is ready to negotiate but not for surrender: President Rouhani 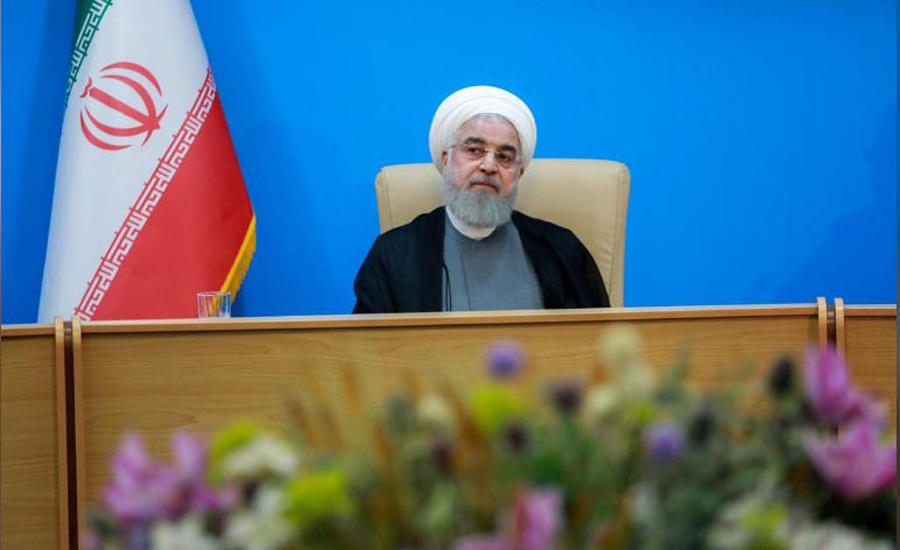 Iran is ready to negotiate but not for surrender: President Rouhani

GENEVA (Reuters) – Iran is ready for just negotiations but not if they mean surrender, Iran’s President Hassan Rouhani said on Wednesday, without saying what talks he had in mind. Rouhani seemed to be referring to possible negotiations with the United States. US President Donald Trump withdrew from a landmark 2015 nuclear deal with Iran last year but has said he is willing to hold talks with the Islamic Republic. “As long as I have the responsibility for the executive duties of the country, we are completely ready for just, legal and honest negotiations to solve the problems,” Rouhani said, according to his official website. “But at the same time we are not ready to sit at the table of surrender under the name of negotiations.” Earlier today, senior Iranian officials have warned against any attempt to form an international coalition to protect shipping in the Gulf, with its first vice president saying the move will only bring insecurity to the region.

The alert response comes after Italy, Denmark, the Netherlands and France backed UK’s proposal for a European naval force after Tehran seized a British-flagged tanker in the Strait of Hormuz in what appears to be a tit-for-tat move.

Relations between the two countries have been on the boil since British authorities detained an Iranian tanker earlier this month off the coast of Gibraltar on suspicion it was shipping oil to Syria in breach of EU sanctions.

Iran has accused the UK of acting at the behest of the US and demanded the immediate release of the ship. On Tuesday, Zarif congratulated Boris Johnson, who is set to take over as the next prime minister from Theressa May amid the diplomatic standoff between the two countries. “Iran does not seek confrontation. But we have 1500 miles of Persian Gulf coastline. These are our waters & we will protect them,” he tweeted.