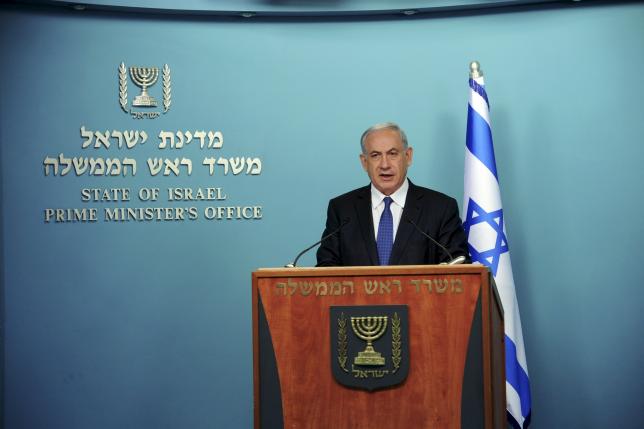 JERUSALEM - Israeli Prime Minister Benjamin Netanyahu on Friday said that any final agreement between Iran and world powers must insist that Iran commit to recognising Israel's right to exist. The Israeli leader spoke after meeting with his security cabinet, which he said was "united in opposition to the proposed deal" between the parties announced on Thursday. "Israel demands that any final agreement with Iran will include a clear and unambiguous Iranian commitment of Israel's right to exist," Netanyahu said in a statement. - Reuters