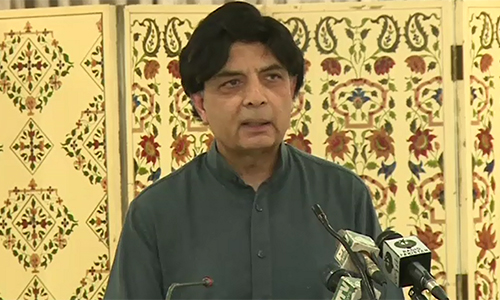 ISLAMABAD (92 News) – Interior Minister Ch Nisar has said that Iran is not involved in anti-Pakistan activities. Addressing a press conference on Saturday, he said that the Iranian president tour had yielded positive results. “The RAW agent should not be linked to Pak-Iran relations. The Kalbhushan issue will be taken to a logical end,” he said. He said that they had settled the matters with Iran at the government level amicably. “Firstly, the Iranian president did not understand what the RAW is. We apprised Iran President Hassan Rouhani of the RAW network being operated from Chah Bahar,” he said. Ch Nisar said that the interior minister or the chief minister did not a secret meeting with Chief of Army Staff General Raheel Sharif. He said that the PPP remained oblivion of the Musharraf issue for five years and now it was playing politics over it.