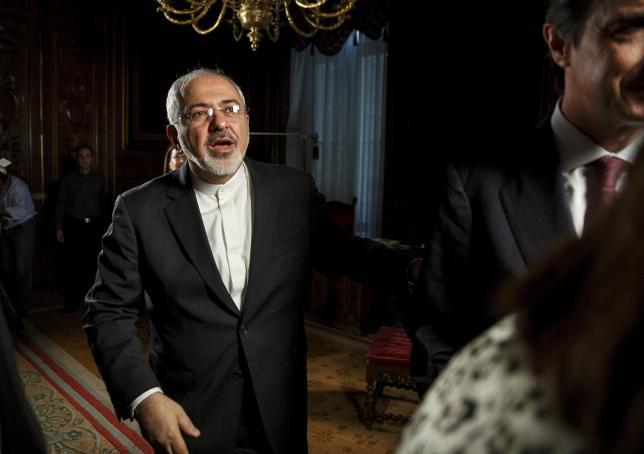 MADRID - Nuclear talks between Iran and world powers will resume on April 21 at the deputy level, Iranian Foreign Minister Mohammad Javad Zarif said on Tuesday, in what will be the first meeting since a major breakthrough two weeks ago. Iran and the United States, Britain, France, Russia, China, and Germany reached a preliminary deal on Iran's disputed nuclear program this month and are aiming to reach a final accord by the end of June. "My colleagues, with the deputy to (European Union foreign policy chief) Federica Mogherini and other political directors from the E3+3 will get together next Tuesday to start drafting," Zarif said during a visit to Madrid. E3+3 or EU3+3 is one of the names for the group of countries negotiating with Iran, also known as the P5+1. Despite the progress made in the last round of talks, several disagreements remain between the two sides, including how quickly sanctions would be lifted and whether Iran would be able to use advanced centrifuges under a final deal. "That's a difficult exercise, particularly with all the lawyers involved in the process and looking at the nitty-gritty of every word that is written down," Zarif said. German Chancellor Angela Merkel urged countries which imposed sanctions on Iran over its nuclear program to keep a unified approach to removing them, adding that there was still lots of work to do. The previous round of talks, an eight-day marathon held in the Swiss city of Lausanne, ran past its initial deadline and there was no certainty of a breakthrough until the final hours. Zarif did not specify where the coming round of talks would take place. - Reuters