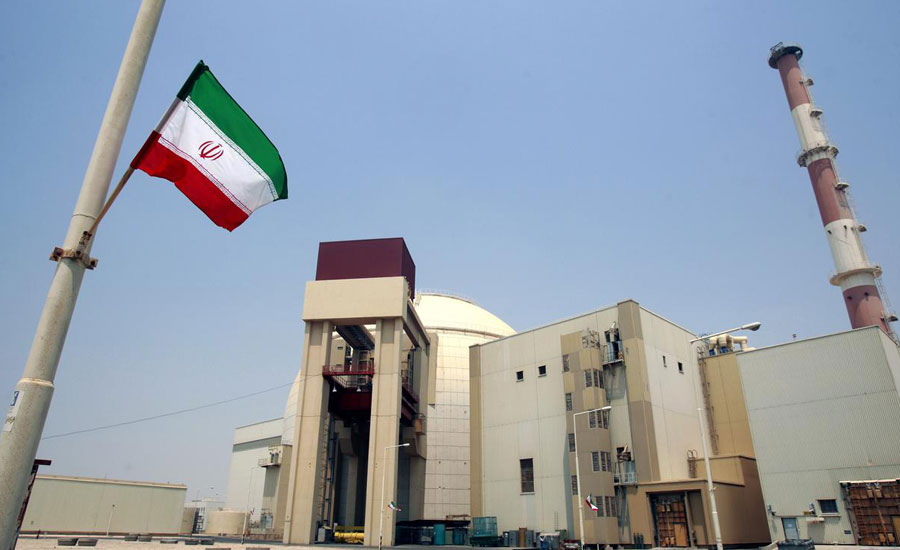 VIENNA/TOKYO (Reuters) - Iran is on course to breach a threshold in its nuclear pact within days by accumulating more enriched uranium than permitted, although it had not done so yet by a deadline it set for Thursday, diplomats said, citing UN inspectors’ data.
A week after US President Donald Trump called off air strikes on Iran at the last minute, the prospect that Tehran could soon violate its nuclear commitments has created additional diplomatic urgency to find a way out of the crisis. Iran had set Thursday as a deadline beyond which it would exceed the threshold for stockpiles of enriched uranium allowed under its 2015 nuclear deal with major powers, which Tehran is still following even though Washington abandoned it last year. The latest data from UN inspectors suggested Iran had not yet crossed the limit but was on course to do so within days, diplomats said in Vienna, headquarters of the UN nuclear agency the International Atomic Energy Agency (IAEA). “They haven’t reached the limit. ... It’s more likely to be at the weekend if they do it,” said one diplomat, on condition of anonymity. The US envoy on Iran, Brian Hook, met European officials in Paris on Thursday to discuss what he described as Iran’s “nuclear blackmail”. France, one of the European countries caught in the middle, said it would ask Trump to suspend some sanctions on Iran to make room for negotiations to defuse the escalating confrontation between Washington and Tehran. “I want to convince Trump that it is in his interest to reopen a negotiation process (and) go back on certain sanctions to give negotiations a chance,” French President Emmanuel Macron said in Japan, where he is due to meet Trump on the sidelines of the G20 summit in coming days. The United States withdrew from the pact last year under which Iran accepted curbs on its nuclear programme in return for relief from economic sanctions. Iran has said it wants to abide by the agreement but cannot do so indefinitely because US sanctions mean it is receiving none of its benefits. The escalating crisis has put the United States in the position of demanding its European allies enforce Iranian compliance with an accord Washington itself rejects. “Our sanctions do not give Iran the right to accelerate its nuclear programme,” Hook said in an interview before meeting European officials. “It can never get near a nuclear bomb. We are looking very closely at that so it doesn’t get below the one year nuclear breakout time.” Macron said he had two priorities: de-escalating military tension and keeping Iran from violating the accord, which European countries still hope to save even though Trump ignored their pleas and abandoned it last year.

The confrontation, brewing for a year after Trump quit the pact, accelerated last month when the United States sharply tightened its sanctions to force countries to eliminate purchases of Iranian oil, Iran’s main source of income. US-Iranian military tensions have risen over the past two months. Washington accused Iran of carrying out attacks on six tankers, which Tehran denies, in May and June. The United States submitted a report on the attacks to the UN Security Council on Thursday, assessing “with a high degree of confidence” that Iran was responsible, specifically Iran’s elite Revolutionary Guards (IRGC) navy. In the case of attacks in May, it pointed to the IRGC navy’s diver capability. Last week, Iran shot down a US drone it said was in its airspace. The United States said it was in international skies. Since the aborted air strikes last week, there have been no major incidents, but rhetoric on both sides has become menacing. Trump said later he hoped to avoid war, but that if one took place it would be short and not involve boots on the ground. Iranian Foreign Minister Mohammad Javad Zarif tweeted in response on Thursday that a “short war with Iran is an illusion”, and the threat to obliterate Iran amounted to a threat of genocide. Acting US Defence Secretary Mark Esper, seeking support from NATO allies in Brussels, said: “We do not seek armed conflict with Iran but we are ready to defend U.S. forces and interests in the region.” The Trump administration says its ultimate goal is to force Iran back to the table for negotiations. It argues that the 2015 deal, negotiated under Trump’s predecessor, Barack Obama, was too weak because it is not permanent and does not cover non-nuclear issues, such as Iran’s missile programme and regional behaviour. Iran says it cannot negotiate further unless the United States observes the existing agreement and lifts sanctions. Speaking before talks in Vienna on Friday with the remaining parties to the deal, an Iranian official said Tehran’s main demand was to be able to sell as much oil as it did before Washington withdrew from the accord. “What is our demand? Our demand is to be able to sell our oil and get the money back,” the Iranian official told reporters in Vienna on condition of anonymity. European powers are limited in their ability to shield Iran’s economy from U.S. sanctions and it is unclear what they can do to provide the large economic windfall Tehran wants.