Iran renews nuclear pact ultimatum amid tensions with US 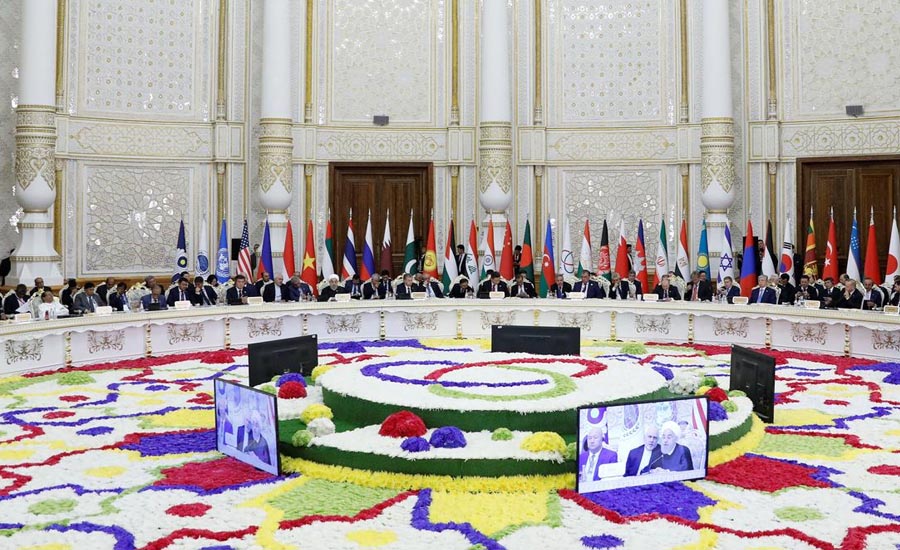 Iran renews nuclear pact ultimatum amid tensions with US

DUSHANBE (Reuters) – Iran will continue scaling back compliance with a nuclear deal unless other signatories to the pact show “positive signals”, the Iranian president said on Saturday as tensions with the United States escalated over tanker attacks in the Gulf region. Iran stopped complying in May with some commitments in the 2015 nuclear deal that was agreed with global powers, after the United States unilaterally withdrew from the accord in 2018 and ratcheted up sanctions on Tehran. “Obviously, Iran cannot stick to this agreement unilaterally,” President Hassan Rouhani told Russian, Chinese and other Asian leaders at a conference in Tajikistan. His comments follow rising tensions with Washington, which has accused Tehran of carrying out Thursday’s attacks on two oil tankers in a vital oil shipping route at the mouth of the Gulf. Tehran has denied having any role. Rouhani did not refer to this week’s tanker incident in his speech to the Conference on Interaction and Confidence Building Measures in Asia, behind held in the Tajik capital Dushanbe. “It is necessary that all the sides of this agreement contribute to restoring it,” he said, adding that Iran needed to see “positive signals” from other signatories to the pact, which include Russia, China, Britain, France and Germany. He did not give details on what actions Iran would take or say what positive signals Tehran wanted to see. Russian President Vladimir Putin said Moscow would adhere to the agreement and urged other signatories to follow suit. “We believe that the only sensible decision is for all deal participants to honour commitments,” Putin told the conference. Tehran said in May that Iran would start enriching uranium at a higher level, unless world powers protected its economy from U.S. sanctions within 60 days. Washington has ratcheted up pressure on Iran, saying it wants to prevent Tehran developing a nuclear bomb, rein in its ballistic missile programme and end what the it calls Iranian meddling in the Middle East. Tehran has said its nuclear programme is peaceful and will not be stopped, says its missile work is for defence and accuses the United States of destabilising the region. France and other European signatories to the nuclear deal that aimed to curb Iran’s nuclear work, have said they wanted to save the accord, but many of their companies have cancelled deals with Tehran, under pressure from the United States.