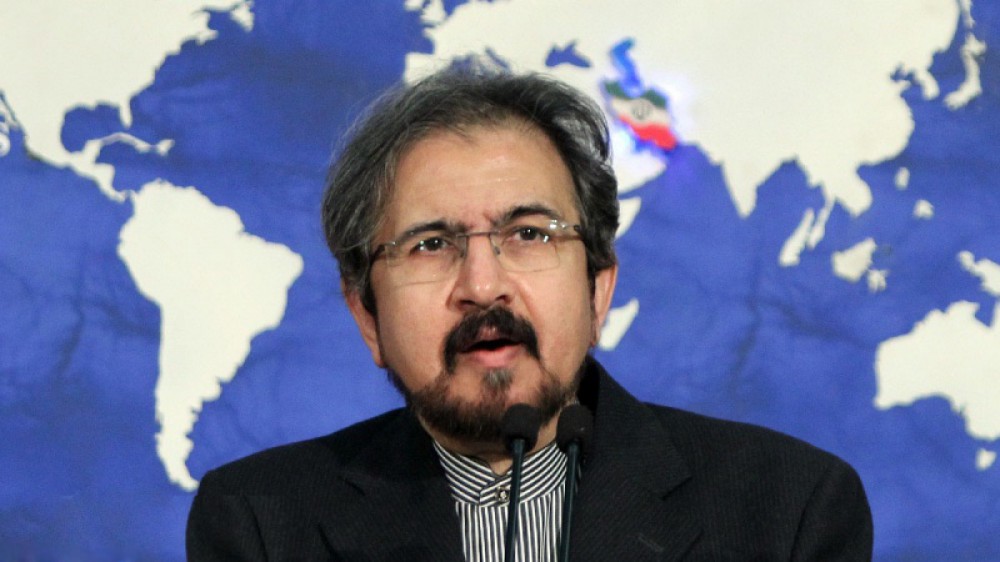 DUBAI (AFP) - Iran said on Friday that "biased" French policy was stoking crises in the Middle East after Foreign Minister Jean-Yves Le Drian accused it of "hegemonic" ambitions in the region. "Unfortunately it seems that France has a biased and partisan approach to the crises in the region and this approach, whether intentionally or not, is even contributing to turning potential crises into real ones," foreign ministry spokesman Bahram Ghassemi said. Le Drian made his comments in Iran's arch rival Saudi Arabia on Thursday during a visit aimed at resolving a crisis sparked by the shock resignation earlier this month of Lebanese Prime Minister Saad Hariri, a staunch critic of Iran. Hariri's resignation, which has not been accepted by President Michel Aoun, was widely seen as the latest salvo in an intensifying proxy war between Sunni Saudi Arabia and Shiite Iran, which back opposing sides in regional conflicts in countries including Syria and Yemen. "The concerns you express fly in the face of regional realities and are addressed to the wrong side," Ghassemi said in response to Le Drian's comments. "Ignoring regional realities and echoing baseless concerns that have been pulled out of the air by deluded, warmongering Saudi officials and are aggressive towards Iran do not contribute towards settling the crises in the region in which Saudi Arabia clearly plays a destructive role." Ghassemi urged the international community to focus instead on "arms sales by some foreign powers to regional countries, which are used in particular in the devastating war in Yemen, and the support being given to Saudi Arabia and its allies, which only makes them more brazen." Saudi Arabia has led a military coalition in Yemen since 2015 in support of its beleaguered government. Riyadh accuses Tehran of backing rebels who control the capital Sanaa and much of the north of the country. The coalition has repeatedly rejected UN appeals to lift an aid blockade on rebel-held territory that it imposed on November 6, despite warnings from UN agencies that "untold thousands" of needy civilians risk death.