Iran says it will use influence to broker peace in Yemen 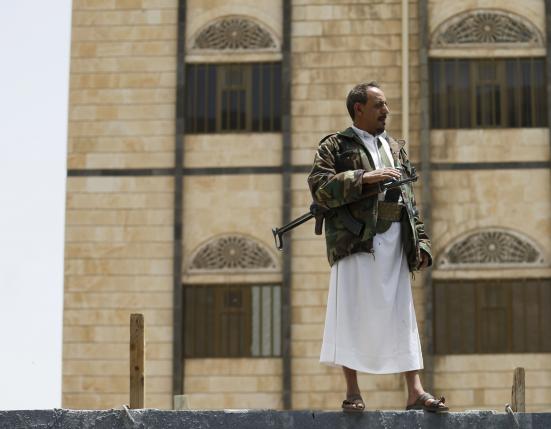 Iran says it will use influence to broker peace in Yemen

LISBON - Iran's foreign minister said on Wednesday that his country would use all its influence to broker a peace deal for Yemen in order to end Saudi-led air strikes against Houthi rebel forces allied to Iran. "We are a major force in the region and we have relations with all groups in various countries, and we are going to use that in order to bring everybody to the negotiating table, to the point that we can," Mohammed Javad Zarif told reporters in Lisbon. "We have influence with a lot of groups in Yemen, not just the Houthis and the Shias," he said. He added that Iran had already consulted with Turkey and Pakistan, two majority-Sunni allies of Saudi Arabia, and Oman, the Gulf country that maintains the closest ties with Iran. None has joined the Saudi-led air campaign against the Houthis. Saudi Arabia and other Sunni-ruled Gulf powers accuse Iran of arming the Houthis, who are fellow Shi'ite Muslims, and interfering in Yemen's affairs. Tehran denies giving the Houthis military support. Zarif said efforts to bring peace to Yemen must "start with the right premise, that we need to end this bombardment and all the bloodshed, and prevent al Qaeda from taking advantage of this nasty situation". On Tuesday he had outlined a four-point peace plan comprising a ceasefire, humanitarian assistance, an intra-Yemeni dialogue and the establishment of a broad-based government. Zarif urged an end to what he called "an aerial bombardment against the people ofYemen", saying there were "hardly any military targets in Yemen". - Reuters