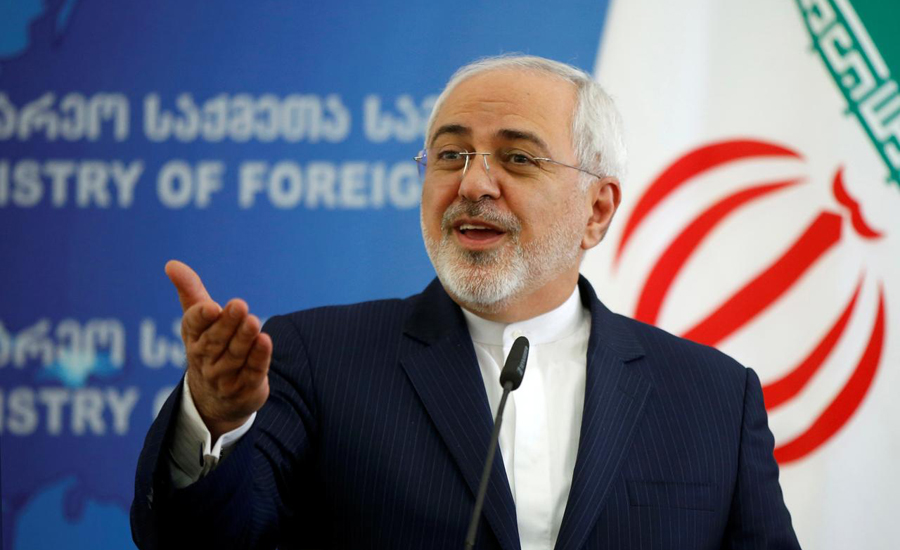 TEHRAN (92 News) – Iranian Foreign Minister Javad Zarif said that Iran took and concluded proportionate measures in self-defense under Article 51 of UN Charter targeting a base from which cowardly armed attack against their citizens and senior officials were launched.

In a tweet after the missile attack on Wednesday, he said: “We do not seek escalation or war, but will defend ourselves against any aggression.” On Tuesday, Tehran fired more than a dozen ballistic missiles from Iranian territory against at least two Iraqi facilities hosting US-led coalition personnel at about 1:30 a.m. local time, the US military said on Tuesday. US President Donald Trump said in a tweet late on Tuesday that an assessment of casualties and damage from the strikes was under way and that he would make a statement on Wednesday morning. “All is well!” Trump said in the Twitter post. Iran’s Islamic Revolutionary Guards Corps confirmed they fired the missiles to retaliate for last week’s killing of Qassem Soleimani, according to a statement on state TV. The statement advised the United States to withdraw its troops from the region to prevent more deaths and warned US allies including Israel not to allow attacks from their territories. Pentagon spokesman Jonathan Hoffman said in a statement that the bases targeted were al-Asad air base and another facility in Erbil, Iraq. “As we evaluate the situation and our response, we will take all necessary measures to protect and defend US personnel, partners, and allies in the region.” Trump, who visited the al-Asad air base in December 2018, was briefed on reports of the attack and was monitoring the situation, White House spokeswoman Stephanie Grisham said. US Secretary of State Mike Pompeo and US Defense Secretary Mark Esper arrived at the White House following news of the attack. It was unclear what response, if any, the United States was planning. Hours earlier on Tuesday, Esper said the United States should anticipate retaliation from Iran over Friday’s killing in Iraq of Soleimani, commander of the elite Quds Force. “I think we should expect that they will retaliate in some way, shape or form,” he told a news briefing at the Pentagon, adding that such retaliation could be through Iran-backed proxy groups outside of Iran or “by their own hand.” “We’re prepared for any contingency. And then we will respond appropriately to whatever they do.”