Iran will give message of peace, stability to world: Hassan Rouhani 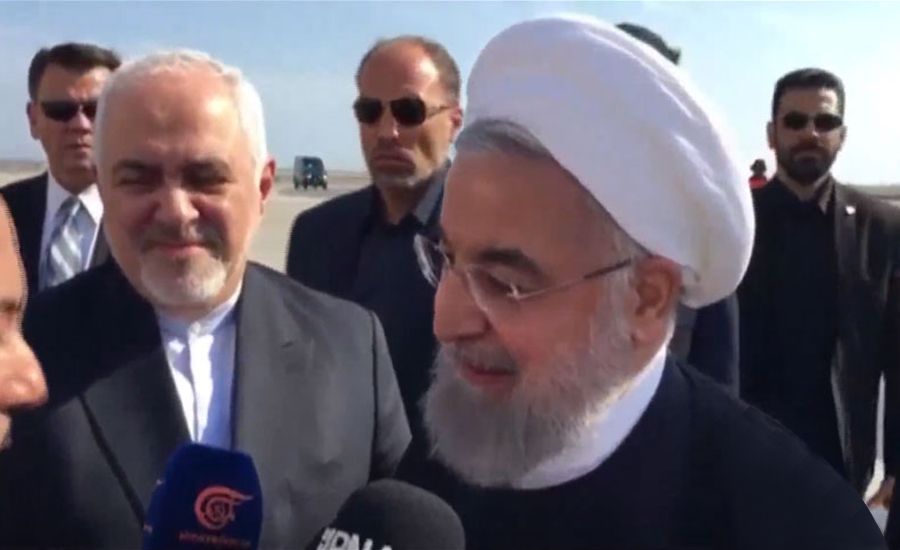 Iran will give message of peace, stability to world: Hassan Rouhani

NEW YORK (92 News) – Upon arrival in New York for attending the UN General Assembly (UNGA), Iranian President Hassan Rouhani said that Iran will give message of peace and stability to world. According to the state news agency IRNA, Rouhani said, “We hope in the very sensitive situation of the region today we would be able to convey the message of our regional nations, which is the message of regional peace and end of any interference in the sensitive regions of Persian Gulf and the Middle East.” Iranian President Hassan Rouhani has arrived in New York to attend the 74th meeting of the UNGA, where he plans to convey the message of Middle East peace to the world. He said he is also carrying the message of the great nation of Iran, which is under the pressure of a cruel economic war. “Our nation is a nation of resistance, perseverance, and wants all sides to return to their commitments and to the law,” he noted, expressing the hope that he would be able to convey the Iranian nation's message to the international community at the UN General Assembly. Before leaving for New York, Rouhani told reporters at Tehran's Mehrabad Airport that the peace initiative that he will soon unveil at the United Nations General Assembly is aimed at establishing long-term peace in the Persian Gulf, something he said is simply not achievable as long as outsiders are present. https://www.youtube.com/watch?v=J1Kl1j3e_xE Iran’s president says before leaving for New York that his Hormuz Peace Initiative (HOPE) seeks to establish lasting peace in the Persian Gulf with the participation of all the regional nations. Rouhani said his Hormuz Peace Initiative (HOPE) is designed to include all countries of the region and aims to expand cooperation beyond regional security. “This plan is about collective work within the Persian Gulf region and we want all countries of the region to partake in it,” Rouhani said. “Of course, the plan that will be laid out at the United Nations won't be just about security, but rather economy and other issues, all in line with security matters.” “We believe the solution for the region comes from inside the region and those who come from the outside can never bring peace and security,” he said Monday morning. Citing America’s military interventions in the Middle East as an example, Rouhani said since entering the region in 2001, the US has failed to bring back calm to any of the countries that it has deployed forces to. “I hope we can roll out this plan and tell the world that Iran is looking for lasting peace in the region and is willing to discuss it with other countries with the UN involved in the process,” he said of his HOPE initiative.