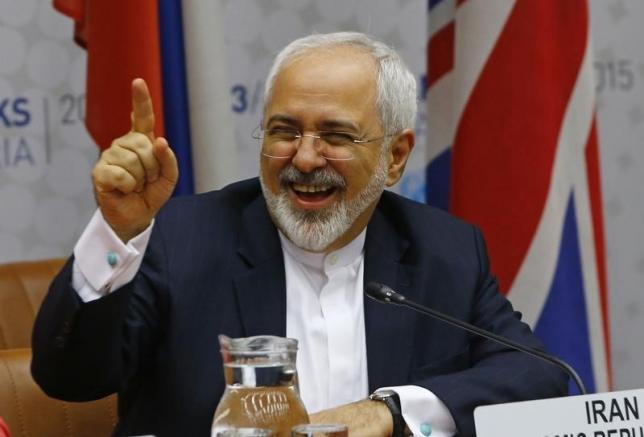 WASHINGTON - On the day US and Iranian negotiators reached a historic nuclear agreement last month, Hadi Partovi threw an impromptu party in his backyard outside Seattle, setting in motion a rare expression of solidarity among the country's most prominent Iranian-Americans. Partovi, who has invested in or advised some of the most well-known global companies, including Facebook, Airbnb, and Uber, invited fellow Iranian-Americans to his home to celebrate the agreement, which if implemented, would restrict Iran's nuclear programme in exchange for lifting economic sanctions on the country. "Roughly 100 strangers I'd never met came to my house to celebrate, and I realized this was a unique moment for Iranian-Americans to stand up together," said Partovi, who immigrated to the United States as a child in 1984. Afterward, Partovi organised the drafting of a public letter to the American people from prominent Iranian-Americans in technology, business, literature, the arts and entertainment. Published this week as an advertisement in The New York Times, the letter - signed by current and former executives from Twitter, Google, Dropbox and Citigroup, among others - expressed support for the nuclear agreement as a "unique opportunity for Americans and Iranians to connect." The 24 original signers spanned the political spectrum and would likely disagree on other issues, Partovi said. By Wednesday, the list of signatories had swelled to 1,500. The letter, in part, read: "Diplomacy with Iran has the potential to do much more than prevent a war. ... It creates a chance for Americans and Iranians to create a brighter future that benefits all of our children." The nuclear deal between Iran and six world powers is a major achievement for President Barack Obama and could reset Iran's relations with the West, but it has opponents in the U.S. Congress, where Obama has work to do. (Graphic, link.reuters.com/vuf45w.) The letter's organizers and signers said it was significant for being perhaps the first unified, non-partisan statement of its kind by Iranian-Americans, who can be reticent about embracing their background and speaking up on political issues. "We wanted to make this personal," said Hamid Biglari, 56, a former executive at Citicorp, who helped organise the letter. "What struck many of us was the massive campaign that was being waged against the deal by many lobby groups, and we felt that much of that campaign was misguided." Biglari said he returned to Iran in 2014 for the first time in 35 years, following the election of President Hassan Rouhani, a moderate elected on a platform of lifting sanctions on Iran and improving its relations with the world. "I came to the conclusion that this was real and that the time had come to break through this logjam that had existed for so long," Biglari said. "If this opportunity goes by we will always regret it." NO SINGLE POLITICAL VIEWPOINT Estimates of the Iranian-American population range from half a million to 1 million, according to the Public Affairs Alliance of Iranian Americans, an advocacy group. Significant communities reside in southern California, the San Francisco Bay area and New York. Many came to the United States after the 1979 Islamic revolution. In interviews, signers of the letter said the community is deeply fractured over Iranian politics. "We don't mention in the letter President Obama, because some of the people signing the letter are not fans of President Obama," Partovi said. "It was very important to me to not make it a letter by Democrats or by fans of any regime or any single political point." Those who have added their names to the letter include the inventor of LASIK eye surgery, a state senator, a NASA engineer, start-up founders and professors. Maz Jobrani, a comedian who signed the letter, said it was one of the first times so many Iranian-Americans had come together. "There are Republicans and Democrats, scientists and performers, all kinds in this," he said. Another signer, Mark Zandi, chief economist at Moody's Analytics and who has advised both the Obama administration and Republican Senator John McCain's presidential campaign, said that while he comments often on economic affairs, this was the first time he was venturing into foreign policy. "I signed on because I think the deal is in the best interest of the United States," said Zandi, who is a registered Democrat and whose father is Iranian. "It's not a perfect deal, but it's infinitely better than no deal, and will significantly reduce the odds that Iran will obtain or even want a nuclear weapon in the future," he said. Congress has until Sept. 17 to act on the agreement. If lawmakers disapprove it, they could take away Obama's ability to waive many U.S. sanctions and implement key provisions. Anti-deal activist groups are expected to spend millions of dollars lobbying lawmakers on the deal. Dara Khosrowshahi, chief executive of online travel company Expedia Inc, said he does not normally take public political stances but this issue had special personal resonance for him. He immigrated to the United States from Iran in the late 1970s. "For the Iranian people not to have the chance to experience what America has to offer, the spirit and the openness, would be a real shame," said Khosrowshahi, 46. "There is a chance to open the dialogue between the people of Iran and the West, and it's a point in time that's unique." -Reuters